A man in China nearly died from consuming a live crab to avenge his daughter who had been pinched.

Parents will often do anything to protect their children, and sometimes that love can result in parents taking things a bit too far. A man in China nearly lost his life after consuming a live crab, which was in revenge for his daughter who had previously been pinched by the said crab. The man had to be rushed to the hospital with chest, liver, abdomen, and digestive system issues when his wife revealed to doctors that he had consumed a live crab.

Initially, the man had told the doctors that he had not consumed anything odd when they asked the question, but his wife was quick to step in and remind him of the live crab that he placed in his mouth as a sort of odd revenge for his daughter being pinched three months before. The issue with wild crabs is consuming them while raw is severely dangerous, as the shell can damage the insides of those who would choose to consume them, and crabs also carry tons of parasites.

The parasites that crabs carry can be killed in the cooking process, which is why it is advisable to never eat a live crab. There have been other instances of people being hospitalized for engaging in eating “drunken crab.” This dish is where a live crab is marinated in alcohol before being consumed.

The man’s daughter was pinched on her finger by the live crab, which resulted in the man engaging in his own brand of vigilante justice. However, when the crab was placed in his mouth, it resulted in three parasites entering the man’s system. Granted, it took three months for the damage to be done, so he is quite lucky these parasites didn’t just outright kill him.

We are not saying that common sense should dictate not placing an uncooked animal directly in your mouth, but it should be common sense not to place a live crab in your mouth, especially considering that getting your mouth, gums, or tongue pinched might be far more painful than just a finger. Thankfully, it appears as if the man is going to be fine, but this is a lesson for those who want to put a live crustacean in their mouths.

There are plenty of people in the world that love seafood, and crab is arguably one of the best seafood dishes in the world, but a live crab should never be consumed for so many glaring reasons. We just hope the man’s daughter understands the sacrifice that her father made to remind her that he will always protect her.

Consuming any type of wild animal without first cooking the animal should be common sense for anyone. Granted, the man may have only placed the live crab in his mouth for a brief moment before consuming it, but that was enough to send him to the hospital with severe health issues. Just remember folks, always cook your wild dinner before eating it, otherwise, you could end up dying in the most bizarre way possible. 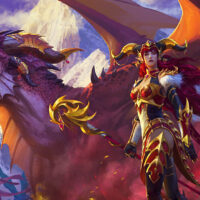