If you thought the bad news for Warner Bros Discovery ended with fan backlash at the announcement of the apparent gutting of the future of the DC Extended Universe, you would be wrong. Of course, if any company was basing its future on the success of the DCEU, that would be an immediate sell for any investor. When CEO David Zaslav and the rest of his team announced the shelving of Batgirl, along with rumors of the cancelations of Titans, Doom Patrol, Harley Quinn, and the killing of Blue Beetle, fans saw the end of a troubled franchise. Now the stock market is reacting, and it is precisely what you would expect it to be.

Streaming services are a tough business. Making movies can be tougher. Succeeding at both while navigating a merger of two companies and saving money? Impossible. Warner Bros Discovery found that out the hard way as the earnings report released along with a strategic plan moving forward didn’t impress Wall Street. The company’s stock dropped over 16% at the market’s close, causing many eye-opening reports from the financial sector. Of course, WBD isn’t built entirely on DC, as HBO Max is one of the more prominent streaming services with IPs like Game of Thrones, Harry Potter, and Lord of the Rings. However, the guys and gals in suits on the trading floor seem to think this means more trouble is coming.

The Hollywood Reporter confirmed the inconsistent outlooks by experts. Steven Cahall called his report “A Glitch in the Matrix” as he dropped his target price from $42 to $19. He believes the earnings report and strategies indicate a long period of post-merger growing pains that will cost investors a lot of money. Brett Feldman of Goldman Sachs’ disagrees and believes that, while the status of Warner Bros is worse than Discovery had anticipated, the course correction will lead them to positive gains in no time. Cowen’s Doug Creutz believes that the laser focus Zaslav showed will work well in the favor of the investors. At the same time, MoffettNathanson’s Robert Fishman seems to think that there are more challenges ahead as the companies depend on a declining TV market.

Warner Bros Discovery’s status doesn’t inspire much hope for the future of HBO Max or the DCEU. Even with Black Adam, Shazam! Fury of the Gods, Aquaman and the Lost Kingdom, and Flash still coming to the big screen; fans are left with the question of, what’s the point? With all the controversy Flash sees with its troubled star, Ezra Miller, and Aquaman collecting its own tank of backwater thanks to Amber Heard, one can only wonder if the DCEU is already dead, and the Batgirl cancelation was the sound of the flatline.

Regardless of how fans feel about the rash of cancelations, or the promises made by CEO David Zaslav, the numbers don’t lie. Warner Bros Discovery has a rocky road ahead of them post-merger, even with the proposed 10-year plan teased by Zaslav. No matter how badly we as fans want to see the DCEU reach Marvel-level success, Robert Fishman gave wise advice in his analysis of the company’s future. “Reality first, dreams second.” 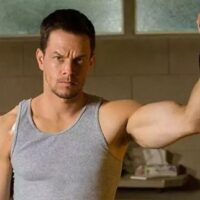