The fallout from the Warner Bros. and Discovery merger is well underway, as networks have been getting hit hard with the sudden news of cancelations, and now HBO Max is going to be absorbed by Discovery+. Yes, you read correctly. Arguably one of the most popular up-and-coming streamers is officially dead, and now we have a timetable for when it will officially go away. During an earnings meeting, CEO David Zaslav confirmed this fact. A new service will be popping up in the summer of 2023, which will effectively combine HBO Max and Discovery+ into one singular streaming service.

According to Zaslav, “HBO Max has a competitive feature set, but it has had performance and customer issues.” These issues have led to the service being done away with, which is then going to combine with Discovery. We are not entirely sure what kind of programs will be offered, but there is plenty of concern currently. This concern comes from rumors that some 70% of the developmental staff was going to be let go, and most scripted content was going to be done away with. This rumor was heightened by Batgirl and Scoob!: Holiday Haunt being the first two films that were canceled. Zaslav also confirmed that Batgirl being canceled was part of a grander plan for DC content for the streamer.

The confusing thing about canceling Batgirl was that this was the first time that the DCEU was making something that fans were generally excited about. Although the Zack Snyder era was enjoyed by some, the consensus was that it was poorly executed all around. We were finally going to see where DC was going to take their next slate of movies, but now those movies all seem to be in trouble. Black Canary and Blue Beetle might be the next films canceled in the coming weeks. Black Adam, Shazam! Fury of the Gods, and The Flash might be the only safe films currently. Well, The Flash shouldn’t be a safe film because of the horrific things Ezra Miller has done. They need to cancel that one and reshoot it with a different actor altogether. HBO Max was meant to be the hub for DC content too.

HBO Max has been released a mere two years ago and had become quite a popular streamer. It contained most of the DC content, including the superb, animated films. Also, it held records for Dune’s release and the same with Mortal Kombat, so it is quite said that it is going away. Despite the reported technological and customer issues, the app was becoming quite popular. Hopefully, this new service is going to keep the same catalog.

With HBO Max going away, the biggest rumor is that this new service is going to be primarily focused on reality television. That was the case for Discovery+, and with the rumors of developmental staff being let go, that rumor is starting to gain more traction. That rumor has also been further driven by the cancelations that have been going on the past few days. Whatever happens, please don’t cancel The Batman 2. For now, everyone can enjoy HBO Max as it is until the summer of next year.

HBO Max Is Secretly Removing Their Own Exclusive Movies 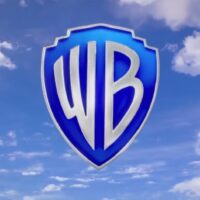