The teen drama Beverly Hills 90210 Launched the careers of several young actresses and grew into a franchise spanning six separate tv series. It had many iconic moments during its 10-year run on Fox. One of those iconic moments was recreated this week by three of the show’s stars, Tori Spelling, Jenni Garth, and Lindsay Price. Leading up to an episode of Price’s Home Shopping Network show In The Spirit, and reported by Screenrant, the three posed to recreate a season 10 scene in which Price’s character reveals that she is pregnant.

In an Instagram reel shared by Tori Spelling, she, Jenni Garth, and Lindsay Price are seen posing while Simple Plan’s “I’m Just a Kid” plays in the background. A still from the original episode then replaces them in the frame.

Both Tori Spelling and Jenni Garth are now mothers of multiple children. Spelling, now 49, has five with her husband Dean McDermott, and Garth, 50, has had three kids with her ex-husband Peter Facinelli. Lindsay Price, 46, has two kids of her own.

The series was a cultural phenomenon in the first half of the 1990s, covering hot-topic issues such as AIDS, homosexuality, drug abuse, and teen pregnancy. While many would say the series’ biggest stars were actors Luke Perry and Jason Priestley, both Tori Spelling and Jenni Garth were its most prolific cast members, appearing in each of the series 293 episodes.

Towards the second half of the 90s, however, the series’ popularity began to wane. Luke Perry left after season six, and his return in season nine didn’t bring back many viewers. Meanwhile, Tori Spelling and Jenni Garth were joined by Lindsay Price, who was a latecomer to the series — she first appeared in the middle of season eight and remained through the second-to-last episode of season 10.

After Beverly Hills 90210 ended in 2000, Tori Spelling, Jenni Garth and Lindsay price all continued their acting careers. Spelling has appeared in Scary Movie 2, American Dad, and Family Guy. She also has had the chance to join former Beverly Hills 90210 co-star Ian Ziering on the set of The Last Sharknado: It’s About Time.  Garth has also appeared in American Dad and Family Guy, along with showing up in one episode of Sesame Street, Community, and Robot Chicken. Lindsay Price has shown up in Club Dread, CSI: Crime Scene Investigation, CSI: NY, Hawaii Five-0, and Castle.

Over the years since Beverly Hills 90210 went off the air, Tori Spelling has maintained a close friendship with Jenni Garth, who famously didn’t get along with co-star Shannen Doherty behind the scenes. However, all three of them reunited in 2009 for the CW revival simply titled 90210 alongside fellow stars Ann Gillespie and Joe E. Tatain. The trio also joined four other original actors in 2019 for the strangely meta six-episode reboot BH90210. 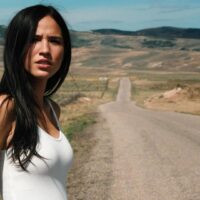 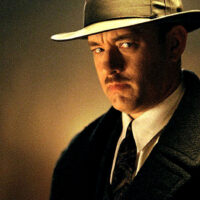