Sylvester Stallone once turned down $34 million to make Rambo IV in the 1980s.

Sylvester Stallone has had a long, iconic career, but that doesn’t mean he has had a few regrets along the way. In a new interview with The Hollywood Reporter, on the eve of the release of his new series Tulsa King, the Rocky actor admits one of his biggest regrets: turning down $34 million to reprise his role of Vietnam vet-turned-super-soldier John Rambo for a fourth Rambo film in the 1980s.

“We were doing Rambo III,” Stallone said of the timing of the offer. “We thought it was going to be the biggest hit — this was before it came out. And I was paid a fortune for it. Then they go, ‘We want Rambo IV. Here it is: Pay or play, 34.’ I go, ‘Let’s not jump the gun here …’

Stallone doesn’t say exactly why he turned it down, but he did. The Hollywood Reporter points out that payday would have equaled $85 million in today’s dollars, with inflation factored in. “Oh boy, what an idiot. Now I think about that and…wow,” the actor now says in disbelief.

Perhaps it was hubris – Sylvester Stallone admitted in the interview that he had allowed success to warp him to the point of obnoxiousness. There were also reports that the Rambo III shoot was particularly difficult and he considered a break; Sylvester Stallone was reportedly nearly decapitated by a helicopter flying too low for a particular shot. Regardless, Rambo III bombed at the box office with $53 million in domestic earnings (Rambo: First Blood Part II made over $150 million domestically) and the film series ground to a halt.

Rambo IV was eventually made, exactly twenty years later, with Sylvester Stallone having to produce and direct it himself (Lionsgate distributed the picture). Simply titled Rambo (which still causes confusion with fans over the logic behind the titles), the film was a more mature take on the character, and far less cartoonish. It also featured the real-life civil war in Burma as part of the plot, and the grittier take earned raves from fans and many critics, although it only earned $42 million at the box office.

The now-76-year-old actor is readying his next action flick, a return to the Expendables franchise with The Expendables 4. The film comes as he has parted ways with the producers of the Rocky and Creed films, which he claims never gave him any ownership in the characters he created.

The original Rambo film, titled First Blood, was released in 1982 and grossed over $125 million worldwide, on a modest production budget of just $15 million. The ending to the film was changed at the last minute by Sylvester Stallone, which would have seen Rambo die by suicide, rather than be arrested (the original ending is available on the 4K release of the film). Instead, Rambo survived, and a movie franchise was born as a result.

Sylvester Stallone’s biggest film of the 1980s, Rambo: First Blood Part II, based on a script by James Cameron, solidified Stallone as an action film icon, making Rambo part of the American lexicon.

Tulsa King, Stallone’s latest project, finds him playing former mob boss Dwight ‘The General’ Manfredi, who is newly released from prison and sent to Tulsa to handle mob business there. Although he considers the assignment beneath him, he uses the opportunity to begin building a mob empire of his own. 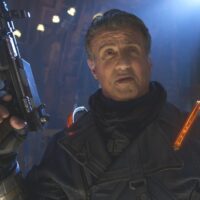 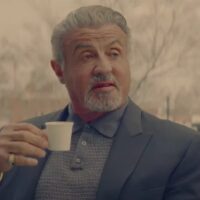