If you were watching any of the Stargate franchise on Hulu and were pumped about getting through everything in the series at your own leisure, think again. The series is about to move off the streaming platform and there is a good chance it never lands there again. Gateworld picked up on the expiration date for all Stargate programs running on Hulu and it looks like they officially run out on September 30th. So you might want to clear your calendar for the next ten days or so and get to work because it isn’t totally clear where they will land next.

There are three Stargate series currently on Hulu, SG-1, Atlantis, and Universe. But all three are set to expire in the coming days leaving many fans out in the cold. Considering the massive amount of streaming options out there, one would think it would be easy to hop over to somewhere else and pick right up, but that isn’t the case with this franchise. It’s caught in a bit of an in-between within the streaming content arms race.

That’s because currently, MGM owns the rights to all Stargate properties, movies, and television shows. But that studio doesn’t have a streaming service of its own, having spent the last many years optioning out parts of its massive catalog to different places under different deals. That is set to come to end soon as well. Currently, MGM and Amazon are working out the details on a massive, $8+ billion-dollar deal to bring the studio’s properties (and future rights) to Amazon. That means no new deals with other streamers out there. But because of the timing of the deal, which still has regulatory hurdles to clear, it could be some time until all of that is worked out. That means Stargate: Atlantis and Stargate: Universe might not have a home for quite some time (SG-1 is on Netflix in the United States).

As Gateworld explains, the best hope for Stargate: SG-1 in the short-term is that Amazon works out a short-term license on the streamer to bridge the gap before the bigger details on the deal are inked and dried. But that could be easier said than done. With specifics around the massive deal being worked out, it’s unlikely they jeopardize anything with a property like Stargate at this point.

Though this Hulu news is a short-term bummer for Stargate fans, there is hope for the franchise movie forward especially assuming this deal with Amazon ends up reaching the finish line. Giant Freakin Robot had the exclusive a few months ago that there were two new Stargate projects in the works. One is an animated feature in this universe, the other is a new movie that could be a continuation of the original franchise. Those were being worked on under the MGM umbrella, but there is good reason they would make their way over to Amazon when the deal is done. Considering the latter purchased MGM for their properties and ability to further build out existing franchises, this would make total sense.

Time will tell about what the future holds for Stargate. But fans who have been enjoying on Hulu might want to cancel their plans for the next few days and get to work getting through the two series that won’t have a streaming home at the end of the month. 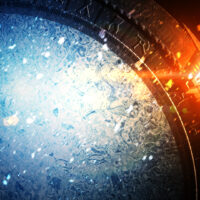 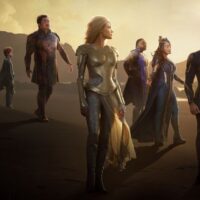 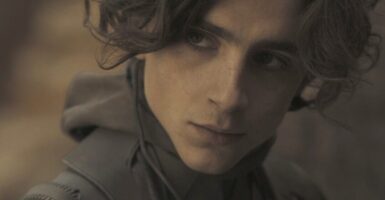 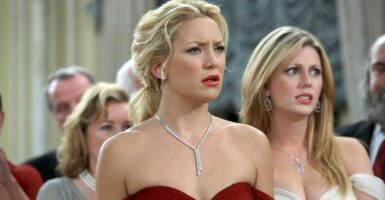