Amidst the continuing streaming wars between the different digital platforms, another major acquisition is in the process after AT&T agreed to merge WarnerMedia with Discovery. After weeks of speculation, Amazon has finalized the deal to acquire the studio MGM for $8.45 billion, which means that it will soon have access to many films and series, including the famous James Bond films, as well as the upcoming No Time To Die, and the entire Stargate franchise.

Of all the major Hollywood studios, MGM is one of the oldest. The long-standing studio was established way back in 1924. The studio has a long list of more than 17,000 films and TV shows under it, like Rocky, RoboCop, Pink Panther, the James Bond films, classics like Silence of the Lambs, and all the Stargate movies and television shows, including the famous Stargate SG-1. After it acquires MGM, Amazon will have access to all the films, shows, and any upcoming projects the studio is involved in as well as MGM’s cable channel, Epix. This acquisition will prove to be a huge asset for Amazon, giving it a definitive edge against its competitors like Netflix, Disney+, Hulu, etc.

This is big news for the fans of the Stargate franchise, who have been waiting for years for a new film or series to continue its story or present a new adventure. But MGM, which has been busy navigating its post-bankruptcy era and the complications brought on by the COVID-19 pandemic, had been unable to make any official announcements about a potential Stargate film or mini-series, even though promises of these things have been teased frequently since 2019.

Recently, Stargate SG-1 star Amanda Tapping (who has appeared in Stargate: Atlantis and Stargate: Universe as well), once again broached the topic of the revival of the franchise in a chat with The Companion. She shared that she has talked to Brad Wright, co-creator of Stargate SG-1, about a potential continuation of the series and he assured her that he not only wants her to star in but also direct it. Given the popularity of the show, it is very much a possibility that Amazon will finally take the decision of moving forward with the prospect of continuing its story in a new series.

While a Stargate series may or may not be on the horizon, the first-ever Stargate strategy game is definitely in the cards. Recently, CreativeForge Games announced that it is developing Stargate: Timekeepers, a new PC strategy video game, in collaboration with MGM and Slitherine. The story in the game will pick up after the events of Stargate SG-1 Season seven but will tell an altogether different story starting during the Battle of Antarctica, where Command Eva McCain and her team will be up against Anubis’ fleet. This will be followed by an “epic adventure” where the players will be traveling through time and space to save civilians, carry out rescue missions, and much more. With Amazon acquiring MGM, the game will now possibly be developed by the multinational corporation instead. 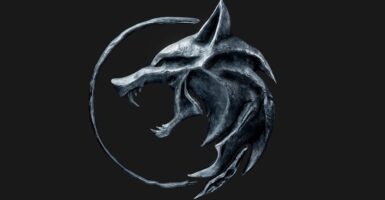 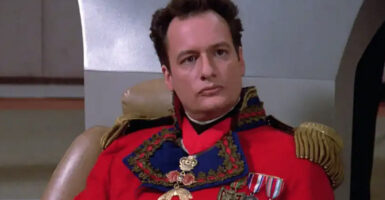