Sonic the Hedgehog is getting a much more expanded universe. The live-action film series has garnered rave reviews and has been widely accepted by fan bases young and old, so much so, that a third film has already been agreed upon by Sega and Paramount. On top of the third film entry into this budding franchise, a brand-new live-action series revolving around Knuckles has been confirmed. Idris Elba will be reprising his role for the upcoming Sonic series that is slated for a 2023 release. We reported this news three months ago via a reliable source, and now the spin-off series has been officially announced.

The initial Sonic the Hedgehog film has pulled in over $319 million worldwide, making it one of the most successful films released during the pandemic. The ending of the film saw Dr. Robotnik, played by Jim Carrey, cast out into the mushroom planet via a ring portal. However, Robotnik retains one of Sonic’s quills, and no doubt uses it for his machinery to return to Earth. He vows to exact revenge on Sonic at the end, and a post-credit scene reveals that Tails has also used a ring portal to travel to Earth in an attempt to track down the speedster. A sequel was inevitable, and it’s good to see the fans getting what they want. The Sonic sequel trailer shows the introduction of Knuckles via his hiring by Robotnik, or so it seems, and that has also now led to the announcement of a spin-off Sonic series.

It’s pretty shocking that Idris Elba is willing to return to his role in an additional Sonic series, considering he is quite a busy man. Elba might be too enthralled with playing Knuckles to want to abandon the role after only one film. That might be due to the fact that the first Sonic the Hedgehog film is fantastically fun. From the sequel trailer, it looks to be following suit with more of the same zany formula. Only this time there are more villains to deal with in form of the return of Dr. Robotnik and the powerful Knuckles. Sonic the Hedgehog 2 is slated to premiere on April 8th, 2022 with Jim Carrey, Ben Schwartz, and James Marsden reprising their respective roles.

There have been no details as of yet whether or not the new Sonic series will be a backstory or follows the events of the second film, but either way, we get more of Idris Elba as Knuckles. There will also be an emerald heavily involved in the plot of the second film, and if that means there might be a Super Sonic coming our way, then April can’t come soon enough.

With the new Sonic series adding itself to the ranks of this franchise, it bodes well for the entire formula that live-action video games can now follow. Sonic the Hedgehog is one of the most successful adaptations in recent memory, so hopefully, this leads to a great deal more successful films that are based on video games. With adding actors like Idris Elba and Jim Carrey, Sonic certainly got it right. 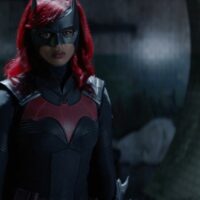