When viewers first met Darlene Snell in Netflix’s hit crime drama Ozark, the character was introduced as the timid spouse of local crime lord Jacob Snell. But over the show’s four-season run, that image becomes a distant memory as she kills with the ease and unpredictability of a comic book villain. The crime wife was so brutal, that fans started to wonder if Darlene was inspired by the real-life murderer Lisa Marie Montgomery.

In an Ozark-themed discussion on Reddit, viewers point to the most obvious similarity which is Montgomery’s crime. In 2004, a pregnant 23-year-old woman named Bobbie Jo Stinnett was found murdered in her home in Skidmore, Missouri. Lisa Montgomery, then aged 36, strangled her and cut the eight months into gestation fetus from her womb. The baby was safely recovered by authorities and returned to the father.

Montgomery was tried and found guilty in 2007. Having exhausted the appeals process, she was executed by lethal injection shortly after midnight on January 13, 2021. This horrific real-life story mirrors the murder of Grace Young in Ozark.  Just as Darlene is older than Grace in the show, Montgomery was much older than her victim. The real-life killer was also from Kansas and traveled to Missouri to steal the baby – the state in which the series is set.

Another similarity is how Lisa Montgomery lured Stinnett into a false sense of security. According to a BBC News report, the ruthless killer found the professional dog breeder on an online forum about rat terrier dogs called “Ratter Chatter.” Before driving to Missouri, Montgomery made an appointment to see some of Stinnett’s puppies. She used the alias Darlene Fischer, sharing the name with the yet-to-be-created Ozark character.

While the similarities are uncanny, there hasn’t been any word from Netflix or Ozark’s creators on whether this was intentional. But if the show didn’t draw some inspiration from real-life events, it would make for an astounding coincidence. While Darlene continues her reign of terror, Montgomery became the first female federal inmate to be executed in the United States in 67 years and the fourth overall.

Ozark was created for Netflix by Bill Dubuque and Mark Williams. It is produced by MRC Television and Aggregate Films. The series stars Jason Bateman and Laura Linney as Marty and Wendy Byrde, a married couple who move their family to the Lake of the Ozarks for money laundering. But when they arrive in Missouri, they become entangled with local criminals, including the Langmore and Snell families, and later the Kansas City Mafia.

Bateman also serves as a director and executive producer for the series which debuted on Netflix in July 2017. A second season was released a year later, with a third premiering in 2020. The first three installments consisted of 10 episodes each. Following its resounding success, the series was renewed for a fourth and final season. Consisting of 14 episodes, Ozark’s last outing was split into two parts and was released on January 21 and April 29, 2022.

Jason Bateman also received two Golden Globe Award nominations for Best Actor in Television Series Drama. Additionally, on review aggregator, Rotten Tomatoes the fourth season of Ozark has an approval rating of 86% based on 63 reviews where the critical consensus says the show hasn’t gotten out clean just yet. But its mesmeric performances and taut suspense signal that the Byrde clan is as entertainingly resourceful as ever.

Critics also praised the fourth season for its writing, suspense, and performances, with many singling out Linney for her talents. CNN gushed over Ozark showrunner Chris Mundy for impressively navigating the story from one seemingly inescapable corner to the next, adding that the season unfolds with a perpetual sense of dread. The Guardian also heaped praise on the series, describing Linney’s performance as absolutely chilling. 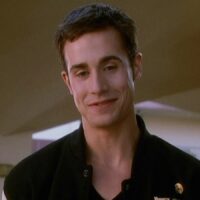 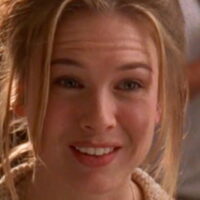