Comedy duo Key & Peele are reuniting for a Netflix animated film from Oscar-nominated filmmaker Henry Selick (The Nightmare Before Christmas). Keegan-Michael Key and Jordan Peele will voice the lead characters in Wendell & Wild, a stop-motion animated feature which Selick will direct for the streaming service. A release date for the supernatural fantasy-comedy has not yet been set.

According to a report by Deadline, the film tells the story of demon brothers Wendell (Key) and Wild (Peele), who seek to enter the Land of the Living with the help of Kat Elliot (This Is Us), a tough 13-year-old saddled with a lot of past guilt. However, what Kat and her friend Raoul demand from Key & Peele’s demon brothers in return for their help sets off a “brilliantly bizarre and comedic adventure like no other,” according to a summary provided by Netflix.

The film marks a long-awaited reunion for Key & Peele. Their comedy series, Key and Peele, ran for five seasons on Comedy Central from 20212 to 2015. It garnered 19 Primetime Emmy nominations and won two, including Outstanding Variety Sketch Series in 2016. Since then, Key & Peele collaborated for the 2016 film Keanu, and then took different career paths in Hollywood. Peele has worked largely behind the camera in recent years, winning an Oscar for Best Original Screenplay for 2018’s Get Out and directing Us in 2019. His latest project, Nope, has already released a trailer and hits theaters this summer. Key has mostly worked in front of the camera, acting in films including The Predator in 2018 and Jingle Jangle in 2020.

The film is an original story written by Key & Peele, alongside Selick and Clay McLeod Chapman. Selick and Peele will be producing with Ellen Goldsmith-Vein and Win Rosenfeld, with Lindsay Williams, Eddie Gamarra, Kamil Oshundara and Ian Cooper executive producing. Bruno Coulais, who was nominated for an Academy Award for Best Achievement in Music for Les Choristes (The Chorus) is writing the score. Selick, in addition to The Nightmare Before Christmas, also directed Coraline, James and the Giant Peach, and Monkeybone.

The film is the latest in a string of critically-acclaimed animated offerings from Netflix. Their 2021 film The Mitchells vs. The Machines (from directors Michael Rianda and Jeff Rowe) has earned an Academy Award nomination this year for Best Animated Feature Film. Since its release, it has become the most-watched animated film released by Netflix. It isn’t the first animated venture for Key & Peele, however. The pair have provided voices for several animated projects, including characters for Toy Story 4 in 2019. 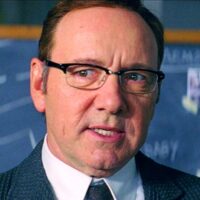 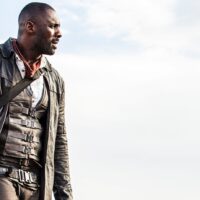 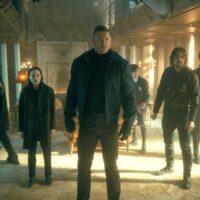