Kaley Cuoco was honored with her first two Primetime Emmy nominations this year, both for her work on the HBO original comedy thriller The Flight Attendant. She lost the Outstanding Lead Actress in a Comedy Series award to Jean Smart for Hacks, and as one of the executive producers on The Flight Attendant, she lost the award for Outstanding Comedy Series to Apple’s runaway hit Ted Lasso. Still, in terms of glamour, Cuoco stood out as a winner regardless of trophies.

Not long after she appeared on the red carpet, Kaley Cuoco posted a series of photos to Instagram of her in a neon yellow custom Vera Wang Haute dress. In some of the shots, she has her hands partly in the dress’ pockets, inspiring Anne Wheaton — wife to Star Trek: The Next Generation and The Big Bang Theory alum Wil Wheaton — to comment “You know it really is everything when the dress has POCKETS.” You can see Cuoco in the dress — pockets and all — below.

But that wasn’t the end of Kaley Cuoco’s fashion statements for the evening apparently. While on the red carpet, Cuoco wore neon yellow strappy sandals, but after the awards ceremony she changed into something more comfortable. In another series of photos from Emmys night, Cuoco lifts the neon dress’ train to show off matching sneakers. In the caption she thanks Athletic Propulsion Labs for the footwear.

The series Kaley Cuoco was nominated for, The Flight Attendant, is based on a 2018 novel of the same name by Chris Bohjalian. Just as the novel doesn’t have a sequel, The Flight Attendant was originally conceived as a miniseries. But Cuoco told Variety in August that the series was enough of a success that one season just wasn’t enough. Season 2 has gone into production, and Cuoco said to expect her character — Cassie Bowden — to be acclimating to a different kind of life. Unlike the barely functioning alcoholic we meet in the first season, Cuoco has gone sober. Much of Season 2 will be about Cassie trying to figure out exactly how to fit in the world as a sober person.

The Flight Attendant was produced by Kaley Cuoco’s own production company Yes, Norman Productions. As reported by IndieWire, in March it was announced the same company would be teaming with Warner Bros. Television to develop a miniseries about the life of the late actress Doris Day with Cuoco in the starring role. The series will be largely based on the 1976 biography Doris Day: Her Own Story by A.E. Hotchner. There’s no word yet on what the title of the miniseries will be or what network will pick it up.

Other upcoming products involving Kaley Cuoco include next year’s action comedy The Man From Toronto in which Cuoco will be joined by Kevin Hart, Woody Harrelson, and Ellen Barkin (The Fan). After that she’ll be the female lead of rom-com Meet Up in which her character Sheila finds a time machine in a nail salon and uses it to repeatedly go back in time and change the circumstances of her date with Gary (Pete Davidson). 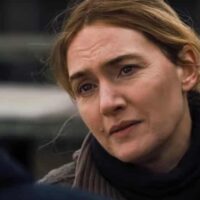 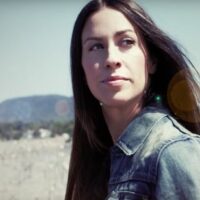 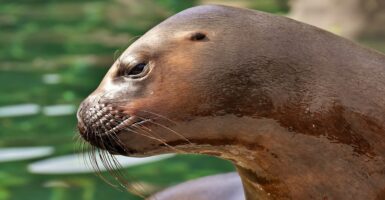