The day after the killer new Morbius trailer dropped — succeeding in finally stirring up positive buzz for Sony’s upcoming Marvel feature — writer/director David Ayer paid tribute to the actor’s time as a much more well known comic book character. Ayer shared new photos of the Jared Leto Joker, from 2016’s Suicide Squad. The film has proved so far to be Leto’s only DC’s prime cinematic universe appearance as the Clown Prince of Crime, though the actor got a unique chance to reprise the role in this year’s Zack Snyder’s Justice League.

Ayer posted one of the Jared Leto Joker photos to his Twitter account yesterday. His accompanying words are brief, but to the point: “Jared killed it But no one knows.” The photo shows Joker looking angry and wielding a baseball bat. It isn’t clear exactly where he is, but judging by his surroundings and his scenes from the theatrical cut of Suicide Squad, it seems likely the still is from his violent incursion into Arkham Asylum. You can see the tweet below.

But that was just one of the images Ayer shared. On his Instagram stories, Ayer posted three more never before seen stills from Suicide Squad. Two of the other images show Jared Leto’s Joker while one is the villain’s henchman Panda Man (James McGowan). One of the Joker photos is a close up that shows Batman’s nemesis laughing, and the other has him wielding what appears to be a gold-plated AK-47. You can see screenshots of the images below.

Whether it was intentional on David Ayer’s part or not, the photos spurred fans into action and #ReleaseTheAyerCut is trending once more. Vocal fans are letting Warner Bros. know they want more Jared Leto Joker, as well as the rest of Ayer’s version of Suicide Squad. Just as similar campaigns helped Zack Snyder’s Justice League to finally see the light of day, some are hoping we’ll see a David Ayer’s Suicide Squad some time in the next few years.

The subject of studio intervention in the making of David Ayer’s Suicide Squad enjoyed a much bigger spotlight than previously during the lead-up to James Gunn’s The Suicide Squad, which — while including characters and actors from Ayer’s film, though Jared Leto’s Joker is notably absent — does not reference the previous chapter at all. As Gunn’s film enjoyed rave reviews, some critics took the opportunity to not only praise Gunn but to thumb their noses at Ayer’s film, like Tim Grierson, who wrote that in light of Gunn’s success, Ayer and his fans “should just abandon” their campaign for a director’s cut.

In response, Ayer tweeted his own account of how studio intervention made Suicide Squad absolutely nothing like the film he had planned. In the emotional tweet, Ayer called his unspoiled version “an intricate and emotional journey.” Referencing the many criticisms about how busy and distracting all the music was in the film, Ayer says his version included “Steven Price’s brilliant score, with not a single radio song in the whole thing.” Ayer doesn’t get into many specifics, but does say the studio stepped in and took over the editing of Suicide Squad, and the process left him with his “heart torn out.” Of the many differences between the movie Ayer wanted to make and the one Warner Bros. supposedly cut, Ayer has said on multiple occasions that Jared Leto’s Joker had a much larger role. He also says that Diablo (Jay Hernandez) survives his version of the story. 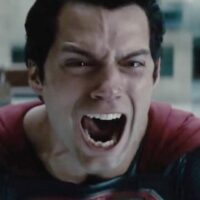 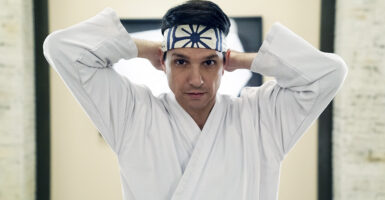 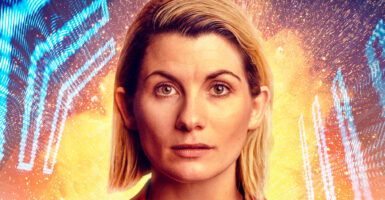