In July 2018, Marvel Studios fired Guardians of the Galaxy director James Gunn for years-old tweets that someone unearthed. They reinstated him for Guardians of the Galaxy Vol. 3 not too much later, marking a redemption arc that very clearly echoes the themes and ideas that are common in superhero stories. And amazingly, being as classy as he is, the popular writer-director has responded to “cancel culture” with gratitude and growth.

Now, as if to prove he’s truly reformed, James Gunn is defending what many have derisively called “cancel culture”.

Here’s his new string of statements, defending his attackers…

He goes a step further and even says those that cancelled him, did the right thing.

His shocking exit from Marvel in 2018 caused quite a stir, but rather than react, he seemed to have turned his focus inward. This ended up benefitting him greatly and definitely saved his career, and now he is firing back not at the culture that “cancelled” him, but at the people who condemn those who are rightly offended by offensive things.

A Cinema Blend article detailed James Gunn’s lengthy apology in May 2019, just months after everything went down. The apology revealed that the filmmaker had done a ton of thinking about his past actions and had vowed to be more intentional and kind on social media moving forward. It’s heartening to see Gunn acknowledge that he may have hurt people or made them uncomfortable, and hopefully he continues to show his grace and gratitude in his future works. I am willing to bet that he has absolutely changed for the better.

The tweets for which James Gunn was publicly lambasted were almost a decade old at the time of his firing, leading some to assume ulterior motives lurked behind the campaign to cancel him. Here’s an example of one of those tweets…

“Cancel culture” has only strengthened since Jame Gunn’s firing. In recent months, other stars on the chopping block have not been nearly as introspective. Star Wars actress Gina Carano comes to mind as someone who has fallen from grace rather quickly and vehemently attacked the people who “cancelled” her. She accused Disney of “bullying” and teamed up with political commentator and The Daily Wire founder/editor Ben Shapiro for an upcoming movie. It will be interesting to see what, if anything, comes from that.

James Gunn’s career resurgence will see him directing not just another Marvel sequel, but also a heavily-hyped DC film. In addition to writing and directing the highly anticipated Guardians of the Galaxy Vol. 3, James Gun is also writing and helming DC’s upcoming The Suicide Squad, which hits theaters and HBO Max simultaneously on August 6, 2021.

It will be interesting to see just what James Gunn’s comeback will look like. We haven not seen too much—if anything at all—from him in the three years since his firing and subsequent reinstatement, so maybe we will see an even wiser, kinder spin on the characters he is writing and directing.

No solid release date has been revealed for the third Guardians of the Galaxy movie, but you can bet that as soon as we know when James Gunn’s latest hits the schedule, you will know, too.

Channing Tatum To Play One Of The Most Beloved X-Men? 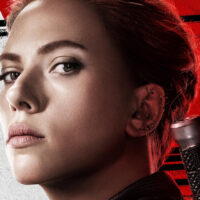 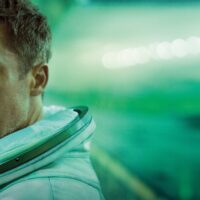