Five years after the release of Suicide Squad, DC is going to try and reset the thing, starting with the title, The Suicide Squad, which won’t get at all confused with its predecessor Suicide Squad. I get that the Fast & Furious franchise set something of a tone for only minor changes in their naming practices, but this is pushing that envelope a little far.

It began in the midst of DC Comics making a big push to establish a cinematic universe that could begin competing with or rivaling what Marvel was doing. The result was that in 2016 we got Suicide Squad. That movie was an ensemble-cast, big-budget flick introducing us to some fringe characters in the DC Universe while giving an attempt at a quasi-comedy, anti-hero film. Deadshot, Harley Quinn, Killer Croc, El Diablo and others were set on their mission (originally as Task Force X), under the watchful eye of Amanda Waller. Suicide Squad had a number of different nods toward the larger DC world.

What we got was a mess of a film, finishing at 27% on the Tomatometer, panned for its nonsensical story and inability to do all that much with the wealth of new characters they brought to the screen. Suicide Squad was mostly a meandering movie that tried to jam many Joker and Batman stories into things, with some corny jokes thrown in along the way. David Ayer’s imagining of this group and their modus operandi was basically a huge flop.

With the “The” as the only difference, it’s almost as if the movie producers are hoping to wipe the original off the map and start things over fresh with Suicide Squad 2. And from what we already know about the “sequel” it looks like that means keeping the few things and characters that worked from the first one and ditching everything else for The Suicide Squad.

The first trailer for The Suicide Squad is here, and it’s red band because it contains footage of a land shark eating a man, in extremely crunchy fashion. Enjoy…

We also got character posters for the entire ensemble and they are pretty wild. Check out the entire lineup right here:

The studio has also put out two new posters that show off the whole team. And this first one is a direct reference to the classic action movie The Dirty Dozen, a very direct inspiration for the Suicide Squad. Check it out:

And here’s the other poster. No matter what, this marketing campaign has been a colorful and vibrant one. That alone has it catching our attention.

The Main In Charge

After directing the first movie, David Ayer won’t be back for the sequel. The Suicide Squad had a number of different names (some big ones) rumored to be in the running to helm the next in the series. But they ultimately landed on James Gunn, a huge get (creatively) after he was released from his Guardians of the Galaxy/ MCU contract.

Gunn received much-deserved critical acclaim for Guardians of the Galaxy and Volume 2 (91% and 85% respectively on Rotten Tomatoes). Considering the tone of Suicide Squad had been a joking-action film that didn’t quite get there, Gunn’s voice and style could and should lend itself very well to the overall tone of the franchise. If they were looking for something of a reset, getting Gunn on board The Suicide Squad is very much the way to go.

Some of the original cast will return to the second film which is really more of a reboot. In particular, Margot Robbie fresh off a turn in Birds of Prey, reprises her role as Harley Quinn in The Suicide Squad. Robbie is excellent as Quinn, embodying this role by pulling off the blase hysteria and punk rock craziness of a character that’s seen a number of different turns in the DC Universe.

Also returning are Jai Courtney as Captain Boomerang, Joel Kinnaman as Rick Flag and of course Viola Davis as the no-superpower but very powerful Amanda Waller pulling all of the strings as a master puppeteer.

There are some notable omissions from the original movie. The biggest is Will Smith who won’t return as Deadshot. I thought Smith was fine in the role in the original movie, but this also doesn’t strike as a huge loss for The Suicide Squad.

Adewale Akinnuoye-Agbaje won’t return as Killer Croc and it doesn’t appear Jared Leto will reprise his role as the Joker, instead Leto is switching over to the Marvel Universe as Morbius.

What The Sequel Is About

No exact details have been released about the plot of The Suicide Squad as of yet. We know at the end of Suicide Squad, the remaining group was returned to prison, having sliced off some of their respective sentences because of the work they did against Enchantress. And we also know that Ben Affleck as Bruce Wayne made some not-so-veiled threats to Amanda Waller to shut down the group or else he and his “friends” would do it for her.

A logical guess, considering the in-flux (which is putting it nicely) nature of the DC Cinematic Universe would we that The Suicide Squad will pick back up in Belle Reve with very little reference to the original movie and likely less of an impetus to tie in some of the other elements of the world.

In the original, there was a great effort to include Batman, and even references to Aquaman and The Flash later in order to mimic some of what the MCU was doing in terms of world-building. I wouldn’t be surprised if, much like Guardians of the Galaxy, we saw this as almost a stand-alone affair, meant to just put a good movie on to the screen without worrying all that much about where it fits in the bigger world.

Some filming for The Suicide Squad happens in Panama which has caused some speculation about the plot, including that idea that the Squad’s mission happens in the jungle, possibly against another set of monsters. But really, all plot points right now are purely speculation.

We have some time to wait until The Suicide Squad hits the big screen. Its release date right now is set more than a year away on August 6, 2021. It’ll be a late-summer action romp. When it’s released, the movie will go direct to streaming while also simultaneously be available in theaters. On streaming, it’ll be free on HBO Max with a subscription.

The Future Of The Suicide Squad

Word is that Will Smith will return as Deadshot in the third movie with an eye towards giving him a Deadshot solo movie as they build up the character. Those plans are pretty far off in the distant future, but it’s easy to understand what WB might be eager to have one of the biggest movie stars in the world involved in the DC Comics movie universe. 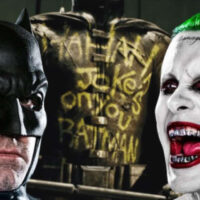 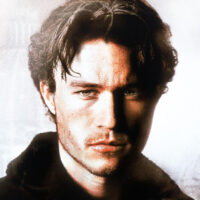