CinemaBlend recently got the chance to talk to Isla Fisher regarding her new Disney+ movie Godmothered. During the interview, she was asked about the possibility of taking on the role of Gloria Cleary in a potential Wedding Crashers 2. “I would love to be involved in that project,” said Fisher. “I love [Wedding Crashers director] David Dobkin, I think my career is owed to him [by] giving me a break with that character, and she’s such a wild, out there, hilarious person that it would be fun to do that.”

But there are reasons for Isla Fisher to keep her hopes up for Wedding Crashers 2. Vince Vaughn has expressed interest in revisiting those characters and his involvement is definitely substantial enough to get the ball rolling. Add to that the fact that Wedding Crashers director David Dobkin has also spoken up about the desire to make a sequel to the beloved comedy. It certainly sounds like those involved want to make a follow-up to the film. And why not? The original film made nearly $300 million on a $40 million budget. That sounds like the recipe for a sequel.

In the meantime, it is nice to know that Isla Fisher is still out there beating the drum for a sequel to Wedding Crashers. Her role as Gloria Cleary is clearly her most well-known and it would be a delight to see her embody that character one more time. What are Jeremy and Gloria up to fifteen years later? Are they still married or has their relationship fallen apart? And how wacky is Gloria or has she managed to cool down after marriage? All these are questions worth asking and hopefully, we will get to see the answers in Wedding Crashers 2 at some point in the not-too-distant future. 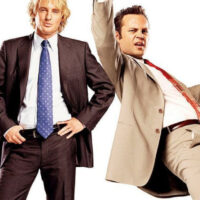 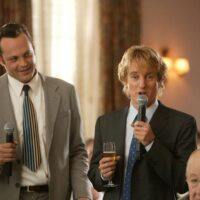