Idris Elba Claims His Next Role Won’t Be Sexy, Fan Reactions Get Weird

When Idris Elba took to social media this past August to reveal to the world news that he would be voicing Knuckles, the hot-blooded echidna, in the upcoming Sonic the Hedgehog 2, the internet was ostensibly bemused by the beloved video game character casting choice. The 49-year-old Hollywood hunk of a man, known best for his dramatic roles as seen in The Wire and Luther, was definitely a surprise to the world. But a recent interview with Screen Rant shows just how out of touch Mr. Elba and possibly half of the internet might just be with the deep-diving cultures of the internet.

In the interview, Elba told Screen Rant that he was trying to tone down his natural charm and sexiness in his upcoming adaptation as Knuckles. Idris Elba was crowned the sexiest man alive by People magazine in 2018. Ever since then, people can’t seem to stop lusting over the middle-aged actor. Idris fanatics were quick to react to the news on Twitter. Posing the question: Does Idris Elba know he is Idris Elba?

Another Tweet seemingly poked fun, pointing out that the new role might be Elba’s most challenging yet-as in challenging for him to tone down his sexiness.

Even the haters and trolls were quick to comment on the lack of sex appeal for Knuckles, claiming Elba simply did not have that kind of “range”.

Other’s were quick to point out Elba’s apparent lack of knowledge on all things fictosexual, that is, the feelings of love, infatuation, or desire for fictional characters. It is just one of the many umbrellas of sexual identities that have been growing in popularity across the internet. A quick search of “Knuckles” on Deviantart can open up a whole new world to those unaware of the sexualization of characters like this–something Idris Elba himself would surely be astounded to find.

The follow-up sequel to the breakthrough hit Sonic the Hedgehog will premier in movie theatres on April 8, 2022. Idris Elba will be joined by returning cast members Ben Schwartz as Sonic, Jim Carrey as Dr. Robotnik/Eggman, and James Marsden. Plot details are still widely unknown, but it was reported that the story will be based on the master emerald, as Dr. Robotnik attempts to track it down for diabolical use. With the introduction of Knuckles, the movie will most likely follow familiar tones found in the famous Sonic the Hedgehog video game franchise. When Knuckles was first introduced in Sonic the Hedgehog 3, he was revealed to be the guardian of the master emerald-a powerful jewel that also happens to be the source of Sonic’s running abilities. In his first appearance, Knuckles was tricked into helping Dr. Robotnik in his attempts to steal the jewel for himself.

Looking forward to the upcoming release, the debate on whether Idris Elba can truly tone down his inherent attractiveness will most likely go on until we can see for ourselves in just a few short months. 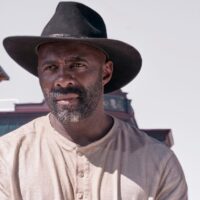 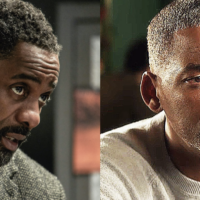