One of the most beloved Christmas movies of all time could not escape the reboot machine. Yes, a new Home Alone is on its way and it’s coming to Disney+. Here is everything we know about this new take on the Macaulay Culkin classic.

In our complete breakdown of the Home Alone trailer, we took the time to investigate the police officer’s face. The trailer shows the name “McCallister”. If you were hoping that was Culkin, it’s not. That’s Buzz, Kevin’s older brother in the original film played by actor Devin Ratray.

When Disney purchased Fox in March 2019, it was only a matter of time before the Mouse House would start looking at all the successful Fox entities and plan accordingly as to which property would be ripe for a reimage, a remake, a reboot, or a re-whatever. One franchise Disney was keen on was the Home Alone series, so they decided it was time to first rewind and then refresh audiences with their version of Home Alone.

Only a few months after Disney took over Fox, then Disney CEO Bob Iger announced that, indeed, Disney had begun work on a new Home Alone. Shortly after, Dan Mazer was brought on board to direct the film. Mazer is probably best known as the long-time writing partner of Sacha Baron Cohen as the two have collaborated on Ali G Indahouse, Borat: Cultural Learnings of America for Make Benefit Glorious Nation of Kazakhstan, Brüno, and The Dictator. His last feature film was the 2016 Dirty Grandpa.

Mazer will be directing from a script penned by Mikey Day and Streeter Seidell. While they are not John Hughes, their background is firmly built around comedy, with both writers having served on Saturday Night Live as well as Maya & Marty.

The big question fans have been posing, after their initial shock that Disney would have the stones to remake such a classic, is who will be the new Kevin McCallister? As the world is well aware, Macaulay Culkin played the mischievous Kevin in the first two Home Alone movies. Mazer chose JoJo Rabbit breakout star Archie Yates to fill Culkin’s shoes, but there is a catch. Yates will not be assuming the role of Kevin McCallister, instead, he will be playing a new character named Max.

This is not the first time a “new” Kevin has been introduced into the Home Alone franchise. In Home Alone 3, Alex D. Linz (Max Keeble’s Big Move) took over for Culkin as a new character, Alex Pruitt. The producers of Home Alone 4: Taking Back the House decided to bring back the original characters, just not the original stars. Mike Weinberg was brought on to play Kevin McCallister and on top of that, there was a whole slew of new actors playing old Home Alone characters. French Stewart was hired to play Marv, who in the original was played by Daniel Stern. Jason Beghe played Kevin’s father Peter who was played in the original by the late John Heard. Clare Carey played Kevin’s mom Kate, played by Catherine O’Hara in the original. Buzz and Megan McCallister also had new actors portraying them.

Home Alone: The Holiday Heist (the fifth entry into the series) saw producers go back to the third movie’s premise by introducing a bunch of new characters who had no relation to any in the previous four.

OTHER STARS IN THE HOME ALONE REBOOT

Ellie Kemper (The Office, The Unbreakable Kimmy Schmidt) and Rob Delaney (Catastrophe, Fast & Furious Presents: Hobbs & Shaw) are on board as Pam and Jeff and while it was first thought that the pair would be playing Max’s parents who mistakenly leave him alone during the holidays, we have found out that is not the case. More on that in a bit.

The fine details of what Mazer has in store for Max is unknown but what we do know is that the original story seems to have changed a bit. No longer will Max be left home alone to defend his territory against bungling thieves as Kevin had to. Instead, we will find Max a little more of a troublemaker than Kevin, which is kind of hard to fathom seeing all the trouble Kevin found himself in. If we are to believe reports from The Observer, the new story will follow Max, who has stolen something from a neighboring couple (Kemper and Delaney), who then decide to get it back by going to war with the young boy. Max is being described as “an energetic, witty nine-year-old boy with a mischievous side. He feels wise beyond his years and has the personality to easily converse with adults—plus the uncanny ability to relentlessly push their buttons. But he also displays a sense of innocence and a kind heart much like the original protagonist.”

One person whose name is not on the call sheet is the one who started it all, Macaulay Culkin. But that’s not to say he won’t find his way into the movie. In fact, it is heavily rumored that Culkin will make an appearance at some point in the film and that Disney ponied up a lot of cash for his cameo, to the tune of two-and-a-half million bucks. Sources to The Sun (via NME) were said to say, “No Home Alone is complete without the star of the show, Macaulay. Disney bosses were desperate to get him on board and they’ve opened their wallets in a big way to do so.” This statement is kind of strange since Culkin only appeared in the first two Home Alone movies and was not seen at all in Home Alone 3, Home Alone 4: Taking Back the House, or Home Alone: The Holiday Heist.

A couple of other big names come to mind when thinking about the first two films, those being Joe Pesci and Daniel Stern. If the rumor about Culkin is to be believed, then why not go all out and somehow bring Harry and Marv back? Yes, it’s a pipe dream, especially since Pesci is pretty much retired from acting (though he did wonderful in The Irishman). Stern, on the other hand, has not retired so the chances of seeing him in the reboot are a bit better than slim-to-none.

After the Home Alone trailer went online, without any sign of Culkin, the actor posted the following tweet. While he denies being in the reboot, sometimes actors do claim not to be in something when they are actually are. Still, most signs point to this not happening.

One person who is most definitely not on board with this reboot is Chris Columbus, who directed the first two films. Columbus spoke out against the upcoming film with Insider saying, “It’s a waste of time as far as I’m concerned. What’s the point?” Columbus said. “I’m a firm believer that you don’t remake films that have had the longevity of ‘Home Alone.’ You’re not going to create lightning in a bottle again. It’s just not going to happen. So why do it? It’s like doing a paint-by-numbers version of a Disney animated film — a live-action version of that. What’s the point? It’s been done. Do your own thing. Even if you fail miserably, at least you have come up with something original.” Unfortunately, Chris, Disney cares not one iota in what you think about them rebooting your classic. 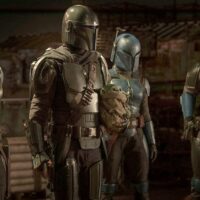 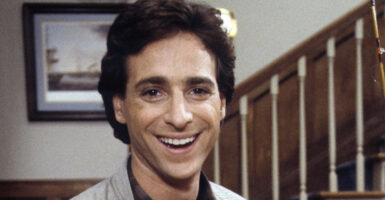 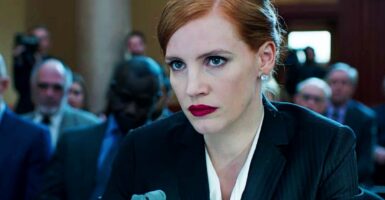