Disney is applying an ad-targeting system used on Hulu to all its online and subscription properties.

By Jennifer Asencio | Published 2 days ago

Disney is causing controversy as the company plans to release ad-targeting features across all its platforms that will collect data on specific households. Gizmodo reports that the House of Mouse will be using a system similar to the one on their streaming property Hulu, which allows options to target specific types of people based on their viewing habits. This means that subscribers of the ad-supported tier of the service will be subjected to more ads than ever, targeted to them based on an array of information collected about them when they interact with Disney websites.

In a recent interview, Disney’s advertising president, Rita Ferro, talked about some of the options advertisers will have under the new system. Advertisers can choose from suites of characteristics such as age, gender, values, purchasing behavior, or location, and Disney’s various streaming services will display ads targeting users based on these qualities. This broadens advertising for all age groups, including the previously-unaffected P2+ demographic, which is viewers 2 years old and up.

Disney has divided its millions of viewers into 2,000 segments for the new ad-targeting features and has assigned unique ID numbers to hundreds of millions of households and devices nationwide. The data was collected from tracking interactions across their various websites and is available in its system to match with lists from marketers. The system will be launching incrementally, with some features coming out in April and the rest premiering across Disney platforms in July.

This move coincides with privacy filters set up by Apple and Google that block data from being collected and used more broadly, which forced many companies to handle advertising on their own. Larger companies like Disney that have a lot of online properties and data-collection sources have thus set up their own ad-targeting services within their own networks. After all, anyone who uses or subscribes to Disney sites is giving their data away to the House of Mouse as a term for using their websites.

While Disney’s ad-targeting expansion affects all users in the ad-supported tier of the streaming service, there are ways to opt out of it using parental controls. Account profiles for viewers under 17, particularly preschool viewers, do not have targeted ads, with the youngest getting no ads at all. Parental control filters can also handle the ads that kids see, giving parents a few options to keep their young kids from being bombarded with them.

Subscribers can also upgrade their plans to avoid ads altogether, taking themselves out of Disney’s ad-targeting tier. The $7.99 is a bargain for parents who don’t mind the ads, but with the Hulu system being applied across all Disney platforms, the extra few bucks might be worth it to many families. Disney is one of many large corporations that has a great deal of data about its customers, volunteered every time they click on the site, make a purchase, or subscribe to a service, which also includes ESPN+.

Disney may not know specifically who you are, but its ad-targeting system can figure out what ads might tempt you based on your activities on the site. Now that they are applying this system more broadly, users will start to see ads narrowed down to their interests. How this will affect subscriptions remains to be seen, as well as whether users consider the advertising structure invasive or not. 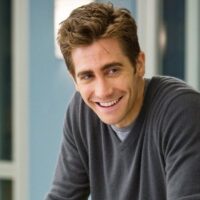 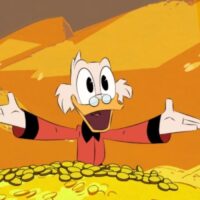