Disney has changed the script in their Candlelight Processional to state that Jesus was simply a man, angering Christians and prompting a Lutheran boycott.

By Zack Zagranis | Published 6 days ago

Disney draws the ire of Christians by changing the description of Jesus in their annual Candlelight Processional to “simply a man.” Bounding Into Comics reports that Christian fundamentalists are up in arms over what they perceive to be a major insult to their lord and savior. Both Disneyland in Anaheim, California, and Orlando Florida‘s Disney World have approved a new script that repeatedly refers to Jesus Christ as “human,” a concept at odds with followers of the Christian faith that believe Jesus to be something more.

The Lutheran Church, in particular, seems to be leading the fight against the Walt Disney Company for its disavowal of Christ’s divine being. Dr. Gregory P. Seltz, the Executive Director of the Lutheran Center for Religious Liberty in Washington, D.C., has called on parents to boycott the House Of Mouse over the company’s egregious treatment of Jesus.

According to Seltz, the “hearts and minds of our children” are at stake. The Lutheran leader called on parents of all faiths to find other ways to entertain their children that aren’t Disney-related. Dr. Seltz did not offer any suggestions on what to substitute in place of Disney, instead leaving it to parents to find appropriate amusement for their children that won’t offend Jesus.

A video Tweeted by wdwpro back in December goes into great detail about what exactly Disney’s new Candlelight Processional contains that has those who worship Jesus as the son of God in such a tizzy. Most of what wdwpro documents in the video is the repeated use of the word “human” to describe Jesus’s various body parts.

Human hands, human feet, and other descriptions of the savior’s mortal appendages seem to have ruffled wdwpro and other Christians in a big way. The video goes on to take offense at the mention of Jesus’s “human heart” and even the script’s grammar before lumping the whole thing in with Disney’s recent attempts to promote inclusivity, something that many conservative groups see as a direct insult to their sensibilities.

Disney World, in particular, has been bearing the brunt of conservative ire recently. In 2022 Florida Governor Ron Desantis expressed his desire to punish Disney for advocating against an anti-LGBTQIA bill the state was trying to pass. Disney’s classification of Jesus as a mere mortal is sure to add fuel to that particular fire.

It’s important to remember that Disney is, first and foremost, a business and, as such inclined to make changes to its content that will best reflect the desires of consumers. What Dr. Gregory P. Seltz and wdwpro see as Disney going “woke” is just simply a business decision to cater to the largest swath of its base. Much like Disneyland’s and Disney World’s recent decision to change their respective Splash Mountain rides into something based on a less problematic movie, the parks’ decision to use the word “human” to describe Jesus is no doubt a change designed to appeal to the majority of park-goers rather than cater solely to a smaller group.

Hopefully, Christians everywhere, and the Lutheran church in particular, will have a change of heart and accept that Disney has nothing personal against Jesus as a deity. After all, whether you consider him a human or a divine presence, one thing about Jesus everyone can agree on: he was into forgiveness. 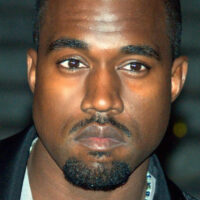 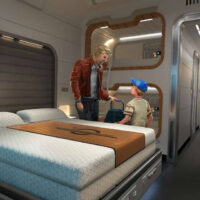 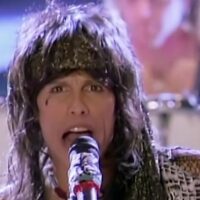