Dan Levy, best known for his work on Schitt’s Creek (2015-2020), from which he recently garnered four primetime Emmy awards across all categories for his accomplishments as a producer, writer, actor, and director for the show, will now be bringing his talents to Netflix. Dan Levy just signed a massive deal with the streaming titan.

Dan Levy currently has a contract with ABC Signature. However, according to Deadline, we can expect the actor to begin working with Netflix in July of 2022, after his commitment to ABC ends. The finer details of what Dan Levy’s partnership with Netflix could entail are still quite vague, but Netflix did announce that they plan to utilize Dan Levy’s expansive industry skillset beginning with a romantic comedy project that he will write, produce and act in. Dan Levy’s initial project will subsequently be followed up with him working on an unnamed television show.

Dan Levy expressed his excitement in having struck a deal with Netflix, as well as his gratitude for what Netflix has done to propel the success of his sitcom Schitt’s Creek. Levy said that in considering what Netflix had done for the exposure of his show, it only makes him that much more enthusiastic to begin working with them. CBC pointed out that while the show initially found success in Canada, Dan Levy’s home country, that Netflix is really what allowed the show to flourish because of the worldwide reach that the platform has.

Similar to Dan Levy’s fervor towards his new partnership, Netflix expressed that the feeling is mutual. Variety detailed that both Scott Stuber, Netflix’s head of global film, and Bela Bajaria, Netflix’s head of global series, eagerly shared their enthusiasm in getting to work with Dan Levy and spoke of the confidence that they have in his talents.

It will be some time before we get to see Dan Levy’s Netflix projects come to fruition. That being said, in recent months Netflix has pushed out a plethora of content that has consistently been topping charts and garnering worldwide recognition. The streaming giant has also not been shy about leveraging the star power of top Hollywood icons to boost interest. In addition to Jason Momoa’s Sweet Girl and Micheal Keaton’s Worth, Patrick Stewart’s animated German dragon movie, Firedrake the Silver Dragon is currently sitting at number five on the charts. It’s a family-friendly tale that tells the story of a young boy trying to help a dragon that he befriends find a safe place to live.

Dan Levy has certainly joined the Netflix family at, arguably, its most star-studded time and it is clear that Netflix certainly plans to continue to keep expanding upon its impressive portfolio of talent. There is now even confirmation that Idris Elba has also formed an alliance with the streaming giant and will be making a Luther movie. Netflix’s reach is seemingly endless and it is overtly evident that they intend to keep strategically developing both their library of growing quality content and the breadth of wide-ranging talent that they choose to align themselves with. 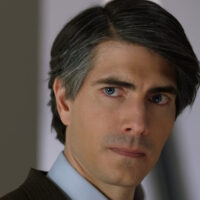 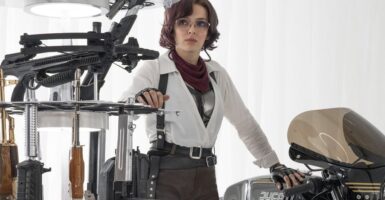 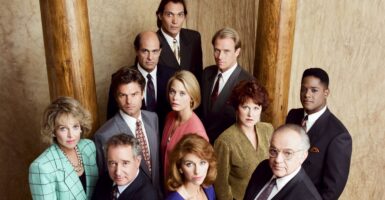 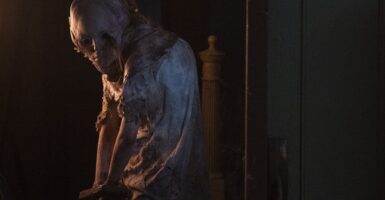