Of late, the string of non-scripted physical competition shows have been tasting a lot of success whether it was Floor Is Lava, Titan Games, or American Ninja Warrior. And MGM Television has chosen this perfect time to partner with WWE to finally revive one of the first-ever competition series, the popular American Gladiators, which was originally created by Dan Carr and John Ferraro.

As reported by Deadline, the production company has joined hands with WWE for a rebooted version of the non-scripted American Gladiators that first premiered back in 1989 and has seen a slew of revivals. One of the beginners in the reality competition arena, the show was the first to introduce the unique concept of pitching amateur athletes against each other as well as against its own gladiators. They all had to overcome a number of challenging tasks including a rather difficult obstacle course.

It is been confirmed that the major format of the revived show will be based on what Johnny Ferraro and Dann Carr had envisioned for the original show that aired between 1989 and 1996. The new show may or may not sport some slight tweaks though it has been confirmed that it will feature many WWE wrestling stars. Both MGM and WWE are set to serve as executive producers on the project.

At the moment, the reboot of American Gladiators is looking for a home as chairman of MGM Television and his team is still pitching the idea of the series to different broadcasters and platforms. But so far, no channel or platform has claimed the rebooted reality shows as its own. This is the latest attempt to revive the popular competition series after MGM, Ferraro, Seth Rogen, and Evan Goldberg made a failed attempt in 2018 to bring American Gladiators back to the screens. A. Smith & Co-Productions also tried to reboot the show in 2014. Executive producer Arthur Smith was hoping to give the syndicated show a “modern makeover” by incorporating elements from the popular The Hunger Games films and novels to make the competition darker, intense, and “more post-apocalyptic.” But the idea never took off and the plans were eventually shelved.

American Gladiators was briefly brought back by NBC in 2008, with Hulk Hogan and Lalia Ali as hosts while Van Earl Wright was brought on board as the play-by-play voice. Even though unfortunately, the rebooted series only lasted two seasons, the original series led to many successful international remakes- 12 in total, with ITV’s (in the UK) version called Gladiators being one of the most popular adaptations.

This revival of the popular competition series is not the only development as earlier this year, it was reported that a documentary about the original American Gladiators is set as the latest “30 for 30” documentary by ESPN Films and Vice Studios. Helmed by Ben Berman, it is set to present many renowned former Gladiators from the show along with Johnny Ferraro, ‘the Godfather of reality television.” The project will be executive produced by Danny Gabai, Jannat Gargi, and Andrew Freston under the banner of Vice Studios. 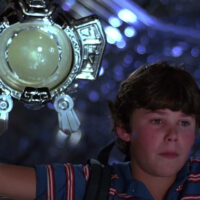