Victoria’s Secret has taken fire in recent years for promoting unhealthy body image and perpetuating a lingerie subculture that objectifies women to appeal to the male fantasy and rake in the big bucks. The Angels are the world’s most recognizable supermodels and have certainly captured the male gaze, but always at the cost of female empowerment. What could be more demeaning and unrealistic than defining women by the shape and conditions of their bodies?

An outspoken advocate of the #MeToo movement, Rapinoe has always been extremely vocal about the way women are portrayed in the media. She describes Victoria’s Secret as “patriarchal and sexist, viewing not just what it meant to be sexy but what the clothes were trying to accomplish through a male lens and through what men desired. And it was very much marketed toward younger women.” She told The New York Times such a marketing tool is ultimately “really harmful.” Rapinoe speaks the truth. Young girls look to the media for examples for how women are supposed to behave, and prominent brands like Victoria’s Secret are betraying the cause — and their actual customers for that matter — for making the male population their target demographic. Influence is a powerful tool for shaping young, impressionable minds. With that said, Rapinoe is right; retailers and popular magazines need to be more responsible for the content they send out. Image may seem superficial when academically discussed, but when defining representation, means everything.

Rapinoe was among the first to be approached by Victoria’s Secret in its bid to restructure its marketing directive. Like most of the women ultimately included in VS Collective, the celebrated National Women’s Soccer League star wasn’t sure if joining Victoria’s Secret matched her progressive stance on women’s rights and gender equality. “I, too, was like, ‘What? Why do you want to work with me?’”

Aware being a brand ambassador would surely taint her credibility as a #MeToo advocate, Rapinoe had to be convinced signing up was going to benefit women rather than continue to marginalize them. She had reportedly been touched by the executives’ newfound dedication to acknowledging their company’s sexually repugnant history and right decades of injustice. Martin Waters, chief executive of Victoria’s Secret, had this to say in February: “When the world was changing, we were too slow to respond. We needed to stop being about what men want and to be about what women want.”

The famed retailer has long been plagued by feminist activists about the apparent sexism, sizeism, and ageism casually perpetrated by its marketing style. Company stocks reached a new low when convicted sex offender Jeffrey Epstein’s intimate connection to Victoria’s Secret was revealed, as well as several allegations of misogyny. Will VS Collective overturn the company’s longstanding culture of bigotry and change the public’s perceptions completely, or is Victoria’s Secret forever doomed to repeat past mistakes? Only time will tell. 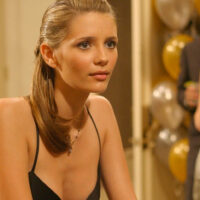 Mischa Barton: Why She Really Left The O.C.