After an acting hiatus, Kate Hudson is back and will be starring in Knives Out 2 and Shriver.

Actress Kate Hudson has that IT factor. Gorgeous, competitive drive, and personality. She also has famous parents, though they were not the reason Kate is where she’s at in life. No, Kate Hudson’s success comes directly from within.

And after an extended break from acting for many years, Kate Hudson has returned to both the big and small screen.

Let’s start with her parents. The Los Angeles-born Kate Hudson is the offspring of Academy Award-winning actress Goldie Hawn and actor, comedian, and musician Bill Hudson of the Hudson Brothers, a band he formed with his brothers and had moderate success in the early to mid-’70s.

Hudson and Hawn divorced when Kate was only 18-months old and she and her older brother Oliver were then raised by Goldie Hawn and her long-time boyfriend, actor Kurt Russell (Escape From New York, Guardians of the Galaxy: Vol. 2). Speaking of Oliver, we are talking about the actor Oliver Hudson (Rules of Engagement, Splitting Up Together), who has forged out a pretty good acting career of his own.

Kate Hudson also has three other half-siblings from her biological father’s relationship to actress Cindy Williams (Laverne & Shirley) and another one of his girlfriends. She also has a fourth half-sibling from Hawn and Russell. His name is Wyatt Russell and he too is an actor. He was seen in 22 Jump Street and Overlord and if you don’t know him now you will because he is set to star in the upcoming Disney+ series The Falcon and the Winter Soldier as U.S. Agent.

KATE HUDSON BROKE THROUGH IN HOLLYWOOD WITH ALMOST FAMOUS

Kate Hudson’s first foray into acting came on two TV series, Party of Five and EZ Streets. They weren’t big roles but they led her right into features. She appeared in Desert Blue, 200 Cigarettes, Gossip, and Dr. T & The Women before she became truly recognizable in her next, and possible most “famous” film.

Almost Famous was the movie that put young Kate Hudson on the map. The story was semi-autobiographical in nature, written by Cameron Crowe (Fast Times at Ridgemont High, Jerry Maguire) who also directed, and told of his time as a writer for Rolling Stone as he toured the country with big bands/artists such as Led Zeppelin, The Eagles, and Lynyrd Skynyrd.

After Almost Famous Kate Hudson’s star was on the rise. Up until that point (and even to this day) she never once used her mother’s name (or even Kurt Russell’s) in an effort to further her career.

In an interview that appeared in the Chinadaily, Kate Hudson remarked, “I didn’t want to be associated with my parents, didn’t want the perception that I rode on somebody’s coattails, and I had to be very conscious of that. I feel pretty lucky. I feel pretty blessed, but I’m a real hard worker.” And she was proving it.

Kate Hudson went on to Ricochet River and The Four Feathers before the first of two movies she led with actor Matthew McConaughey. This would be the romantic comedy How To Lose A Guy In 10 Days. In it, she played a writer for a women’s magazine who decides to write an article about how women drive men away using the “classic mistakes women make” during their relationships. McConaughey becomes the unwitting victim of her story.

Hudson went on from that box office success to other features, some hits, some misses. She was in Alex & Emma, The Divorce, Raising Helen, The Skeleton Key, and You, Me and Dupree. All this led her right back into the waiting arms of Matthew McConaughey one more time.

Fool’s Gold was their next romantic comedy adventure and the pair play a recently divorced couple who are brought back together searching for a lost treasure. The movie was another hit for Kate Hudson.

SHE STARTED AN APPAREL LINE FABLETICS

Kate Hudson’s acting career has been most definitely hit or miss. She proved she can carry films with her performances in Almost Famous and the Matthew movies, but her lesser fare has always given fans and critics alike a bit of pause.

She moved on from Matthew to star in My Best Friend’s Girl and Bride Wars, which was critically panned but has been consistently seen in features throughout the 2010s. Kate Hudson was in Something Borrowed, Wish I Was Here, Good People, Deepwater Horizon, and Marshall among the films she made. But making movies lately has slowed down for the actress and maybe her other passion has something to do with it.

Back in 2013, Kate Hudson teamed up with the fashion retailer JustFab to launch her own line of women’s athletic workout clothes and activewear, Fabletics. It was an immediate success for the young entrepreneur. Her business model was then and still is an online subscription retailer but they have expanded to having true, live stores.

With the early success Hudson had selling the women’s gear, she brought in her brother Oliver and they began to offer men’s activewear. This success allowed Fabletics the ability to expand from activewear to include dresses and swimsuits.

When one considers fashion coming from an actor or actress, the first thing one thinks of is the price point. Kate Hudson thought the same way. She told the Daily Front Row, “We wanted to come in and provide athleticwear that has the technology that you could perform in but that was cute, fashionable, and affordable.” So Fabletics falls somewhere in the middle of say Target or Gap and Outdoor Voices and Lululemon.

Another thing you may think of fashionwear coming from a star is how inclusive the product is. By that we mean does the clothing only come in sizes fit for a movie star? Thankfully, no. Hudson made sure of this by offering her clothing from sizes XXS to 3XL. The actress said to Fashion Week Daily, “It’s just a responsibility to a brand to be as inclusive as we can. Our entire foundation is based on inclusivity, living your best life, living your healthiest life, being as active as you can be, being supportive, and connecting with people in communities. It wouldn’t make sense for our company to not include everybody.”

Though she took a bit of a break from acting over a number of years, that looks like it’s been changing of late. For starters, Kate Hudson took a role in AppleTV+’s Truth Be Told. She joined the series in its second season. In it, Hudson plays Micah Keith, the childhood friend of Octavia Spencer’s Poppy. Hudson also had a starring role in Mona Lisa and the Blood Moon alongside Jeon Jong-seon.

KATE HUDSON WILL BE IN KNIVES OUT 2 AND SHRIVER

But the bigger news is that Kate Hudson was just announced to have a role in Knives Out 2. The follow-up movie from Rian Johnson will, once again, feature an ensemble cast around star Daniel Craig who will reprise his role as Detective Benoit Blanc. In addition to Craig and Hudson, the film will also have Kathryn Hahn, Dave Bautista, Edward Norton, Ethan Hawke, and Jessica Henwick.

And finally, Kate Hudson is also to have a confirmed role in the upcoming Shriver starring Michael Shannon. It’s about a case of mistaken identity around a famous author. Other notables include Zach Braff, Don Johnson, and Peyton List.

SHE HAS CHILDREN WITH MATT BELLAMY, CHRIS ROBINSON, AND DANNY FUKIJAWA

Now 41-years-old, Kate was married to Muse frontman Matt Bellamy. They have one son together, Bingham Hawn Bellamy born in 2011. Kate also has another son, Ryder Russell Robinson, born in 2004 while she was with her previous husband Black Crowes frontman Chris Robinson.

“Today was a big day for our family,” she wrote. “A day you talk about when your kids are little and say things like ‘hey, one day it will be 2022 and you’ll graduate from high school!’ As if that day is so far it is barely reachable. And then here we are!”

Kate Hudson first posted a picture of her with Ryder, in his graduation cap and gown, along with her other two children, Bingham, who is 10 years old, and 3-year-old daughter Rani Rose. Hudson also posted another picture on her Instagram and this one was of her, Ryder, and Ryder’s father, Chris Robinson of the rock group The Black Crowes. Both Bingham and Rani Rose’s father is Matt Bellamy, frontman for rock group Muse.

“And then here we are! @mr.ryderrobinson you are the most incredible young man,” Kate Hudson continued in her Instagram post. “Raising you has been one of the great gifts and pleasures of my life. You bring so much to everyone’s life. You are kind, loving, generous, patient, hilarious and one of a kind. I am so excited for this next chapter. Way to go baby! Ma loves you!”

It might be a thing for musicians, but Kate Hudson is with another one in Danny Fukijawa. They have a daughter Rani Rose Hudson Fujikawa and the couple is set to be married.

Acting gigs, Fabletics, and graduations are just a few things that continue to keep Kate Hudson a very busy lady. Not only does she have the Fabletics activewear she co-founded in 2013, but she also has King St. Vodka, a label she co-founded in 2019 and InBloom, a nutrition supplement brand she co-founded in 2020. On top of all those things, she is also the co-host of a podcast called Sibling Revelry. The other host is her brother, actor Oliver Hudson. 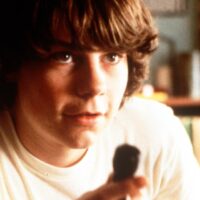 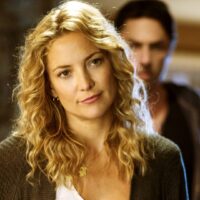