Brie Larson reposts a fan-edited video of the star in different sexy outfits.

Brie Larson just made a fan’s day. On Monday, the Marvel star reposted a fan-edited video of the actress in different amazing outfits. You can see Larson in the clip — edited to the Coldplay tune “Paradise” — below.

The video includes Brie Larson in a number of different pink dresses, including one that looks deceptively conservative with a white collar; until you notice the shock of her bare midriff. She wears a different low-cut pink number while running through a green field. A silkier pink dress is accompanied with a bountiful bow as the Room star stands in the middle of a tennis court with flamingos milling about her like fawning fans.

The video finds Brie Larson in a number of different interesting environments, including occasionally with some birds. Along with the flamingos in the tennis court, a shot of the actress in a blue dress includes a bird relaxing on her shoulder. We see her posing in the woods, rowing a boat, and wandering among flowers.

Overall, you get the impression that rather than one Brie Larson, we’re getting a kaleidoscope of the star, all as different characters exploring the same idyllic and wealthy estate.

Not one to shrink away from some self-deprecating humor, Brie Larson writes in her caption that the account that edited and originally posted the video, celebsparade, was generous. The video “makes me seem more elegant than I really am,” Larson writes. “I’m a walking trip hazard.”

Celebsparade is likely getting a lot more attention than they may be used to thanks to Brie Larson mentioning their edit. With around 760 followers, the account focuses on posting similar videos of celebs like Jenna Ortega, Taylor Swift, Jennifer Lawrence, and more. Larson’s mention exposes the fan account to her 6.9 million followers, which is sure to give celebsparade a nice bump.

One video Brie Larson fans are no doubt waiting for is the trailer for The Marvels. With the trailers for Ant-Man and The Wasp: Quantumania and Guardians of the Galaxy Vol. 3 both dropping within the past few months, The Marvels remains the only big Marvel Studios 2023 theatrical release we haven’t had a trailer for yet.

Considering the Guardians Vol. 3 trailer came out in December and The Marvels will release in July — two months after the Guardians threequel’s release — it seems like a fairly decent bet that we’ll see Brie Larson in the first teaser for The Marvels during the Super Bowl. If so, her trailer will be competing for attention with one featuring her old Trainwreck co-star Ezra Miller. The first trailer for the long-delayed The Flash will also premiere on Super Bowl Sunday. 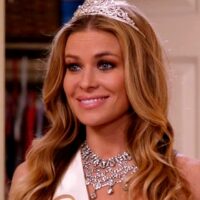 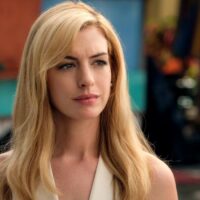