Alexa Demie Is Stunning In This Bejeweled Bikini

Instagram serves as a gateway connecting fans and Hollywood’s finest, stars post to the Social Media phenom and offer their followers a brief window into their day to day life. Sometimes, the world’s most famous actors, actresses, singers and celebrities simply use the platform to show off their fashionable looks. Euphoria‘s Alexa Demie is the latest star to do just that, as she posted a stunning photo sporting a bejewelled bikini.

The post (which you can see below) includes a pair of photos of Alexa Demie in the glitzy two-piece. Shot in black and white against an artsy black background. The retro vibes modelling style photo is not accompanied by a caption, a trend amongst Demie’s profile which consists of just 25 posts. However, the simple and artistic approach that Demie has adopted has certainly gained attention, as the actress has a whopping 11.3 million followers on the platform and the sparkly bikini snaps have raked over 2.5 million likes alone.

It is clear that Alexa Demie has an affinity for the world of fashion and modelling. The actress’ Instagram profile is a testament to that, as is her recent activity. Teen Vogue reported that earlier this week the Euphoria star was spotted sporting an all-denim look at Balenciaga’s Resort 2023 Show in New York this week. Alexa Demie’s feel for all things fashion and her stunning Instagram account is something she shares with her Euphoria co-star Sydney Sweeney, like Demie, Sweeney has her own set of stunning bikini snaps on Instagram as well.

HBO’s Euphoria is a smash hit and has seen both Sydney Sweeney and of course, Alexa Demie becomes huge stars, playing both Cassie Howard and Maddy Perez respectively in the Sam Levinson drama. For Alexa Demie, this isn’t the first series which has seen her take on a recurring role. The actress had brief recurring roles in both Ray Donovan and Love. As well as this, Demie has a trio of feature film credits to her name including Brigsby Bear, Mid90s and Waves, the latter of which sees the star share the screen with Kelvin Harrison Jr, Lucas Hedges and Taylor Russell. Not only does Alexa Demie have an acting career that is set to take off thanks to her breakout role in Euphoria, but fans earlier this year noticed that Demie has a musical career as well. However, the jury is still out on whether the singing career is a match for the acting one.

At the end of the day, stunning Instagram photos and musical output aside, Alexa Demie is undoubtedly best known for her role in Euphoria, and fans will be keen to see what comes next for her chracter Maddy. Whilst some reports suggest that Maddy Perez may not be making a return for season three of the hit show, nothing is confirmed and NME expects Alexa Demie to return along with the rest of the core cast. Between now and Euphoria’s return, it would be no surprise if Alexa Demie turns to Instagram once more to share more stunning photos in her artistic and personable way. 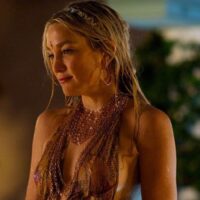