It appears the Elon Musk had twins with a current employee at one of his companies. The revelation was made through court documents.

Elon Musk has been at the center of so many societal talking points and moments over the last couple of years that it’s almost difficult to keep track of at this point. The Tesla and SpaceX founder is still working his way through a possible Twitter acquisition, the falling of Tesla’s stock, and multiple SpaceX launches. But this week another piece of news came out about the reported richest man in the world and it’s stirring up some more stuff here again. According to the latest reporting, Elon Musk fathered twins with one of his employees and the babies were actually born all the way back in November. The news of it is just hitting now though.

Business Insider (via CNN) has it that Elon Musk fathered twins with Shivon Zillis, an employee at Neuralink. The news of the birth of these twins wasn’t made public by the pair but rather was found because of court filings related to name changes for the babies that were meant to incorporate Musk as a last name. Both parents’ signatures were on the documents which is what led to the confirmation of the babies being born. Neither Elon Musk nor Shivon Zillis has responded publicly about this news.

For Elon Musk, this would be his eighth and ninth child that he’s fathered. He has five children with his first wife Justine Wilson. That includes a pair of Elon Musk twins and a set of triplets born in 2004 and 2006 respectively. Then, in May 2020, it was reported that Elon Musk had a child with the singer Grimes, his girlfriend at the time. Finally, in December 2021 it was also reported that Musk and Grimes had a daughter via surrogacy.

It remains to be seen how this latest news around the birth of Elon Musk’s twins will be handled within the company of Neuralink. Confirmation about Zillis’s employment has been made through LinkedIn where she has her current position listed as Director of Operations and Special Projects at Neuralink. Her background appears to be specifically in Artificial Intelligence studies and operations. The company was co-founded by Elon Musk back in 2016 with the goal of interfacing humans with computers. Neuralink is developing chips that can be implanted into the brain, allowing human cognitive functioning to interact with computers for various reasons. In one of the latest demonstrations of the company’s advances, they had a monkey playing the game Pong using only its mind.

This news of Elon Musk and twins is still a developing story and continues a line of news items for the celebrity entrepreneur over the beginning of 2022. He’s still engaged in a Twitter acquisition and though the company’s board of directors accepted his initial bid, it has yet to be finalized while the two sides work out some of the finer details around the price.

And in addition to the Elon Musk twins news, it appears he is still committed to humans reaching Mars, something he tweeted about this week:

Maybe if they end up making it happen he’ll be able to take all of his children with him. With the addition of the Elon Musk twins, the number seems to be only growing. 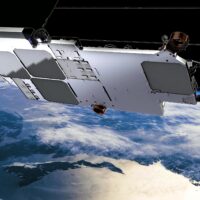