Elon Musk wants very much to vault us into the future sooner than later. First, he began revolutionizing the way we spend money with PayPal. Then it was the mission to move away from fossil fuels by creating and mass-marketing Teslas for the open road. Then it was getting up and into space on the regular with SpaceX. There are no futuristic areas that this guy isn’t exploring. And the next one is looking inward, at our own brains. A company he’s invested in, Neuralink is exploring brain technology and one of their recent breakthroughs enabled a monkey to play a video game with its mind.

In a YouTube video recently published by Neuralink, we see a monkey that has been implanted with microchips that send signals to a censor and then a computer algorithm. This allows the monkey to communicate his thoughts to the computer in real-time thereby controlling aspects of a game typically reserved for hand movements through a controller or joystick. Check out the video Elon Musk and company posted.

No, this isn’t a Black Mirror episode. This is the real deal folks. A microchip has been put in the monkey’s, named Pager, brain that is wirelessly communicating with the computers in the same room. He is playing the game Pong which he obviously has had some experience with in the past prior to this test. The key difference in the new technology, funded by Elon Musk, is that the artificial intelligence algorithm developed by Neuralink is able to read data in real-time, compare the movements Pager is making with the joystick, and then “predict” those movements before his hands actually make the moves.

With this technology, Elon Musk and Neuralink are attempting to bypass the physical movements one needs to make when interacting with technology on a daily basis. While the ultimate goal isn’t to have this tech just teach monkeys to play Pong, this appears to be the first step in predictive tech that allows your brain to think for you before you actually think it. If that makes sense. Here it is just a ball bouncing across the screen. Soon it could mean large-scale applications well beyond this.

What Elon Musk and Neuralink are demonstrating here is a chip implanted in your brain that helps control the technology in the world around you. And apparently, it is doing so without your immediate active thoughts around it. The start of the new wave in technology or the beginning of a dystopian robot-controlled wasteland? Maybe both.

Additionally, just in case you didn’t think this kind of new technology would immediately spell the end of civilization as we know it, these guys might have some other plans as well. Know that Neuralink’s founder Max Hodak, a business partner of Elon Musk yesterday let out on Twitter that he thinks we could also build some approximation of Jurassic Park as well. So between the brain chips and the deadly theme parks, we have most of the science-fiction universe covered with these guys now. 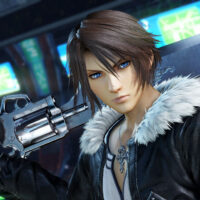 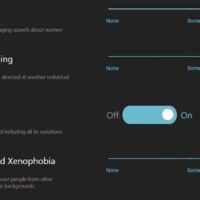