Does anyone else out there have a deep and undying love for Albert Pyun’s 1989 Jean-Claude Van Damme vehicle Cyborg? It’s an underappreciated masterpiece of schlock science fiction. Definitely an acquired taste. The polarizing director is about to start production on his latest genre effort, Cyborg Nemesis, with shooting scheduled to begin July 16th in Argentina. A new teaser poster hints at what the film might look like, and should give you an idea of the story as well. 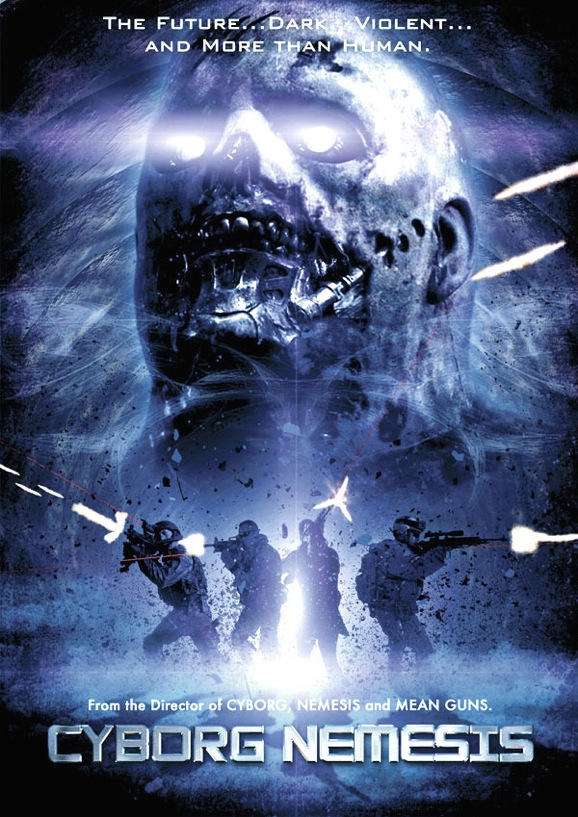 When asked why Argentina, Pyun replied, “I love the crews there. People there really love cinema. Second, it’s in the Southern Hemisphere, which will be in their winter (nuclear of course).” Of course.

After being asleep for ten years a special operations team of US Marines wakes up in a secure, underground laboratory complex. None of them have any idea who they are, how they got there, or what the hell is going on. They do, however, realize that something is wrong (good for them). The lab is completely abandoned, and while the team of heroes tries to figure out who put them to sleep, they discover that some sort of creature—presumably the titular cyborg—has broken into the facility. It is unclear where exactly the nuclear winter part comes into play, but there have to be some surprises, right?

It’s doubtful that most of you will have any interest in seeing this. Pyun isn’t known for breathtaking works of genre genius (I once considered ending a friendship because my roommate convinced me to watch Omega Doom), but I have a soft spot for many of the man’s films, ridiculous as they may be. Cyborg Nemesis has the potential to be a campy fun kind of film that you can enjoy with a few buddies and a few (or more) beers.