Pacific Rim may not end up being the best film of all time, and I’m fine with that. But I’m certainly ready for it to be the best flick of the summer, superheroes and Star Trek Into Darkness be damned! And I’m not basing it only on the really positive buzz the film got after an early screening some months back.

No, this time, I’m putting my trust in Kanye West, who until this point was only a source of trust when it came to how much black people are buying into commercialism, and how he’s really just God in disguise. He took to Twitter last week, breaking critic embargoes by saying, “I saw a pre-screening of Pacific Rim yesterday and it’s easily one of my favorite movies of all times.” He expanded that opinion with, “This is not another ‘Robot’ movie. Guillermo del Toro is a master.” I’ll be the first to admit I have no idea what West’s everyday movie tastes run to, nor what other “robot” movies he’s talking about.

As you can imagine, these tweets got major attention, and even attracted a response from Pacific Rim star Ron Perlman, who told West, “Need Kaiju parts, u get the fam discount!” There’s a high five waiting to happen here.

The Hollywood Reporter, while not as glowing as our esteemed hip-hop film critic, still gives the film its robot lion’s share of compliments, claiming, “In most ways, this paradoxically derivative yet imaginative sci-fi epic is everything every monster movie since the beginning of time might have wished it could be.” What’s more, they separate the film from “so many similar crash-bang action spectaculars,” saying, “this one feels lean and muscular rather than bloated or padded; the combat is almost always coherent and dramatically pointed rather than just splashed on the screen for its own sake.” Take that, naysayers! (Again, I realize they aren’t saying it’s a classic or anything.)

Oh, did we mention the main pre-title prologue is 18 minutes long?

His descriptions were rather poetic, saying, “The emotional rush I had inside me was the same kind I had when I felt the outer space via 2001: A Space Odyssey and when I had touched the dinosaur in Jurassic Park…Pacific Rim is the ultimate otaku film that all of us had always been waiting for. Who are you, if you are Japanese and won’t watch this?”

Did he just call out an entire country and its citizens living abroad? I think he did.

Took my Clarion Class to see a preview of Pacific Rim. We stumbled out happy from the adrenaline rush of a perfect monsters v robots film.

Guys, #PacificRim was awesome. Both "adult" Grant and my nine-year-old Grant loved it! I could watch Jaeger battles ALL DAY LONG.

#PacificRim was good yo. Visually it was Astonishing. Sonic was Bionic and action was imaginative. My son says "it was Awesome…

So it definitely won’t get all positive reviews — Variety called it the “squarest, clunkiest and certainly loudest movie of Guillermo del Toro’s career” — there is more than enough pre-release love to go around.

Join us non-celebs in theaters when Pacific Rim releases on July 12, and check out our own review when it hits. Until then, here’s the badass trailer released last week. 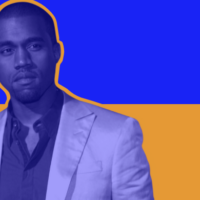