The Man In The High Castle Review: A Beautiful, Oddity-Filled Masterpiece I’m a huge fan of Amazon Studios for both their original programming and their Pilot Seasons, where much of their content originates. This year’s crop includes the tense “boys will be awful boys” darkly comic thriller Mad Dogs from The Shield creator Shawn Ryan, as well as Carlton Cuse’s Civil War drama Point of Honor. But the only one that definitely, absolutely CANNOT be missed is The Man in the High Castle, an adaptation of Philip K. Dick’s influential novel of the same name, from ex-X-Files writer Frank Spotnitz. This isn’t your grandparents’ America.

Let’s get any negativity deflated by saying right away that yes, some of the novel has been changed in order to develop this alternate-history drama into a TV series. Characters have been combined and streamlined, and the written work that ties everything together has been replaced, oddly enough, with a set of newsreels. But rather than feeling like pointless alterations, everything comes across as smooth as Rufus Sewell’s forehead.

Here’s how this world is set up: the year is 1962, twenty years after Germany and Japan won World War II, and they rule the East and West sections of the U.S., respectively, with the middle of the nation serving as a no man’s land of American citizens and brewing revolution. Back in Germany, Hitler’s health is quickly declining, and his successors are far more interested in taking over the entire U.S. than he was in his old age. Both the Germans and the Japanese know this, but everyone still has to go through the motions as if everything is okay. Aiding the quiet rebellion is Aikido practitioner Juliana Crain (Alexa Davalos), who is tasked with handling the aforementioned newsreels, which depict a world where America won the war. Juliana’s lover, Frank (Rupert Evans), doesn’t want her to go, because that’s obviously some frightful business, but destiny and all that. On the other side of the country is Joe Blake (Luke Kleintank), a smooth-as-shit guy who is tasked with transporting propaganda from one section of the country to the other, though he seems to know even less about things than Juliana.

To go deeper into the story is to take away from what is, at the moment, only a one-episode tale. The show, which has Ridley Scott as an executive producer, was originally supposed to go to Syfy, and I cannot imagine this pilot would have looked as good for that network. No small-budget expense is spared here, from the beautifully washed-out CGI showing off famed San Francisco and New York landmarks in a new light, to the little details that make the world-building nearly unparalleled among most other series on the air right now.

The cast, which also includes Cary-Hiroyuki Tagawa, Michael Rispoli, and a vastly unnecessary DJ Qualls, is largely spot-on. Though this is where my one big problem with the pilot lies, as it’s mildly frustrating to see the story centered on white folks while everyone is speaking English, regardless of their nationalities. I understand why it was done, and how many more people it will reach because it lacks subtitles, but that doesn’t make it a wonderful tactic. But maybe that’s part of the propaganda. Even when all of the worst parts of the show are tallied, they freeze up in the shadow of everything that The Man in the High Castle gets right. While not the kind of sci-fi where a space militia blasts aliens, this will hopefully be the project that opens the door to other left-of-center science fiction in years to come.

You can watch The Man in the High Castle for free right here, then cast your vote, as your positivity may ensure this series’ future on Amazon. Your country — nay, your world — needs you. 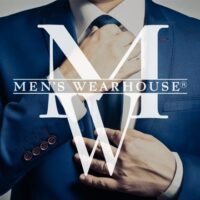