The biggest movie of 2013 is The Hunger Games: Catching Fire. Before the end of the year, the Hunger Games sequel knocked Marvel’s Iron Man 3 out of the top spot with an impressive $418.4 million domestic box office. The film didn’t hit that $1 billion mark as predicted, but you know it will be another big earner for Lionsgate when it hits home video. The studio recently announced the release date and bonus features for the Blu-ray/DVD release, which lands in stores on March 7.

The movie will also be available on OnDemand and digitally through iTunes and Amazon. The bonus features on the disc are pretty typical for a home releases, and will give further insight on how Catching Fire made the journey from page to screen. Check out the bonus features (note that the DVD features are exactly the same as the Blu-ray minus the 9-part commentary):

While Lionsgate will release this version of Catching Fire on home video, there will also be some exclusive versions. Retailers such as Target, will have a version that features 45 minutes of additional bonus content. Hopefully, Lionsgate doesn’t pull what Paramount did with Star Trek Into Darkness’. The studio released multiple editions, all with different bonus materials that was specific to a ton of different retailers. There was no way to watch all of Into Darkness extras unless you bought multiple copies. It’s a terrible trend in Hollywood that needs to stop now, not to mention a huge slap in the face to fans.

Lionsgate is also including a special sneak peek at their next would-be young adult film franchise, Divergent. With The Hunger Games wrapping up at the end of 2015, the studio is looking for another big franchise to take its place. The movie studio is really counting on The Hunger Games audience to spill over to Divergent, which opens on March 21st, so getting a good look at the new franchise starter is in Lionsgate’s best interest.

Divergent is set in a post-apocalyptic Chicago, where people are separated into five distinct factions based on dominant personality traits, but some are unique and cannot be classified. These people are called Divergent and have no place in society. The story follows Beatrice “Tris” Prior, who is discovered to be Divergent and must figure out how to stay alive.

Meanwhile, Lionsgate recently released a teaser poster for The Hunger Games: Mockingjay – Part One. The poster is very minimal and just features the Mockingjay logo in flames. With the giant success of Catching Fire, the next two films have a lot to live up to when they’re released in November 2014 and 2015, respectively.

Catching Fire follows Katniss Everdeen (Jennifer Lawrence) and Peeta Mellark (Josh Hutcherson) as they return to District 12 after winning the 74th Hunger Games. As a new champion, Katniss quickly becomes the new face of hope for the people of Panem. The pair are forced to participate in the 75th Hunger Games, which is comprised of the winning Tributes from the past 25 years. Meanwhile, President Snow (Donald Sutherland) tries to stamp out any signs of the rumored rebellion, starting by destroying Katniss’ new image as a symbol of hope for the populace. 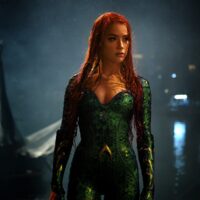 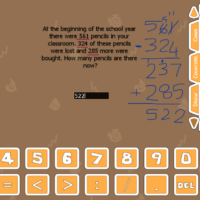 Prodigy Math Games For Kids: Do They Really Work?

Artificial Intelligence: Video Gamers Are Being Used To Train A.I.