Stray is an adorable new game that was released less than ten days ago, about a cat who’s saving the world by exploring a post-apocalyptic future filled with robots. The game’s antagonist, an orange tabby cat, is already winning the hearts of fans all around the world as streaming platforms become flooded with game session streams of Stray. So, it’s not all that surprising that the game was modded after less than ten days on the market, turning the kitty protagonist into the chilliest orange tubby cat ever: Garfield.

According to Polygon, a Nexus Mods user Chris Rubino uploaded a new mod that replaces the Stray protagonist, with a surprisingly accurate rendition of Garfield from the comic books, right down to the lazy expression and chubby cheeks. The Garfield Stray mod preview images actually show off the Monday-hating, lasagna-loving feline with his signature look in a cyberpunk, post-apocalyptic in-game world of Stray, thankfully without Chris Pratt‘s voiceovers. And that’s about that; it’s just Garfield wandering around the robot city and getting into more trouble than he usually would.

The Garfield Stray mod shouldn’t come as a surprise, considering the similarities between Garfield and the Stray’s protagonist — both orange tabby cats, though Garfield is probably a whole pound or two heavier and much more “zen.” However, other modders have taken things even further with their Stray mods — someone even replaced Stray’s meowing action with Heavy Rain’s Ethan calling to his lost son — spooky doesn’t even begin to cover it.

Then again, some modders began re-modeling the cat in Stray to look like their own pets, and others have asked prominent modders to model the protagonist after their beloved pets who passed away, allowing their memories to live in a digital recreation of a post-apocalyptic world. It’s still unknown from where the Garfield Stray mod’s author got the inspiration, but his efforts are both hilarious and accurate beyond any commendation.

Stray is a recently revealed third-person adventure game in which players control a stray cat who traverses the post-apocalyptic in-game world by doing what cats do best — leaping across platforms, climbing up obstacles, overturning paint cans, and clawing at various objects. The main objective of the game is achieved by world traversal and puzzle solving, though the game also presents several optional activities for the players and some open-world levels that grant free-roaming.

The development of the game that now features Garfield began in 2015 by two former Ubisoft developers who sought to pursue an independent project. The gameplay experience itself was specifically inspired by the developers’ own cats, and the team spent hours studying cat movement through images and videos to be able to replace that with the Stray protagonist. This also allowed for several interesting game-level design opportunities, and after developing a backstory, the game was finally announced in 2020.

Stray became one of the most anticipated titles that would, following some delays, release in 2022 on Microsoft Windows, PlayStation 4, and PlayStation 5. The Xbox version of the game isn’t in the cards right now, and it’s unclear whether it will arrive at Microsoft’s updated consoles or not. 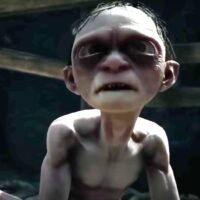