Call Of Duty: Warzone Is Heading To A Surprising Platform

Activision Blizzard has announced the upcoming release of Call of Duty: Warzone Mobile.

Activision Blizzard (ABK) is pressing hard with their mobile releases. After launching the Diablo Immortal mobile game, and announcing a Warcraft tie-in mobile gaming release, the company has officially announced Call of Duty: Warzone Mobile. The official unveiling of the mobile-port of the immensely popular battle royale shooter will take player during next week’s Call of Duty Next livestream that’s set for September 15. Hopefully, the upcoming release won’t rely on the same monetization tactics as Diablo.

As reported by Destructoid, the upcoming mobile port of Call of Duty: Warzone will take the intense combat gameplay of the original game’s Last Person Standing mode, and compress it down into a handheld shooter experience. This isn’t an easy task to perform, but the company has already proven itself capable of such feats with the massively successful spiritual predecessor, Call of Duty Mobile, which currently has over 50 million players online. Activision did unveil some notes regarding the game’s development, but hasn’t give any concrete details pertaining to the actual release.

The company has previously announced that it was working on the mobile version of Call of Duty: Warzone, called Project Aurora at the time. It’s conceptualized as a free-to-play (F2P) gaming experience that offers fast-paced, precise, high-quality battle royale action to friends and families around the world. The project entered an invite-only closed-alpha testing in May, followed by gameplay leaks pertaining to the previously alleged Call of Duty: Warzone Mobile release that’s now coming true.

It’s entirely possible for ABK to officially announce the game at the upcoming event, and reveal its official release date. Call of Duty Next will most likely be a treasure trove of information regarding all the upcoming and current Call of Duty releases, which is likely to include details about Call of Duty: Warzone Mobile. In other franchise-related news, the fans can expect more details pertaining to the upcoming Modern Warfare II, as well as various updates regarding the current mainline editions of various releases.

ABK certainly isn’t losing steam when it comes to work on their profit-drivers; Call of Duty is getting several new releases, Diablo 4 seems to be progressing nicely — especially after the company announced it would abandon the controversial loot boxes. The same loot boxes won’t make their way into the upcoming Overwatch 2, while World of Warcraft: Dragonflight expansion is still highly anticipated on the Public Test Servers at Blizzard. It would seem that the nearly $70 billion acquisition by Microsoft has made ABK more motivated towards expanding their roster. 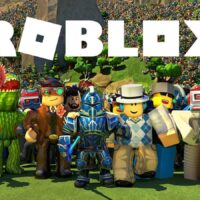 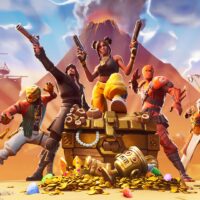