About a month ago, Infinity Ward went dark, and as we previously reported, the company re-emerged with the official announcement for Call of Duty: Modern Warfare 2, a sequel to one of the company’s most beloved videos game entries in the Call of Duty franchise. Sure, the announcement came following the rumors of the game being in the making, but the fandom was ecstatic nonetheless, and now Infinity Ward wants to keep the players’ interest by dropping a release date, and a character reveal. See the trailer below:

To be entirely honest, we weren’t sure whether the reveal trailer was a specially choreographed real-life art performance captured via a drone, whose pilot has some insane maneuvering skills, or a digitally rendered environment. Ultimately the format doesn’t matter, what’s important is the message, and according to Polygon, it says that the game will be released on October 28. The trailer also reveals a potential reveal date for Call of Duty: Modern Warfare 2, which is only days before the beginning of the Summer Game Fest.

But that’s not all; the trailer also shows artwork featuring operators from the previous game, Captain John Price, Simon “Ghost” Riley, John “Soap” MacTavish, and Kyle “Gaz” Garrick. It also shows a newcomer Colonel Alejandro Vargas of the Mexican Special Forces. Unfortunately, there’s no gameplay included that would show Task Force 141 in action, so it’s safe to assume that a gameplay showcase is something we’ll likely see on the official reveal of Call of Duty: Modern Warfare 2 coming June 8.

It’s also worth noting that Call of Duty: Modern Warfare 2 isn’t the only highly anticipated first-person shooter Activision plans on releasing this year, and the company has more in store for the Call of Duty franchise. Namely, a new Call of Duty: Warzone game is being developed from the ground up, and the announced free-to-play shooter with battle royale elements is also scheduled for a 2022 release. Unfortunately, we don’t have any specific release date to share, but an early 2023 release date seems more probable. Of course, this is purely speculative, so don’t take our word for it.

Activision and its subsidiaries in charge of the Call of Duty franchise are working hard to bring new content to released games, develop new and interesting ways to combat cheaters in their multiplayer entries, and develop new titles. That means that internet news and other media aren’t really short of Call of Duty headlines, and more recent reposts state that even the famous rapper Snoop Dog made its way into one of the games. Call of Duty: Modern Warfare 2 is scheduled to release on October 28, 2022, if everything goes accordingly. 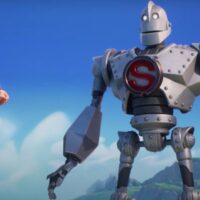