William Shatner is by far best known as Captain James Tiberius Kirk. He has built his career from the Star Trek series that ran for three years in the late ‘60s and his seven Star Trek movies which followed. Fans (aka Trekkies) have followed his career based on his involvement with Star Trek, but Shatner has done much more than Star Trek.

Anyone who has followed William Shatner’s career will know that, unless it was Star Trek related, he has never really been a leading man. Many of his non-Trek films are cameos. He has been seen or heard in quite a few documentaries too. But Shatner does have a fair list of feature films where he has given more than just a passing nod. Let’s take a look at some of his top films that are must-see.

Judgement at Nuremberg ranks as Shatner’s top film, even higher than any of his Trek films. The film follows a military tribunal led by Judge Dan Haywood (played by Spencer Tracy) who, along with two other judges, convene in Nuremberg, Germany to hear and decide the case against four German judges and prosecutors who are standing trial for crimes against humanity during World War II.

This story of the atrocities committed under the Nazi regime was based on the true story of the Judges’ Trial which took place in 1947. William Shatner had a smaller role in the movie, portraying US Army Captain Byers who is assigned to help the American judges who are hearing the case. The movie is known for starring such heavyweights as Shatner and Tracy along with Burt Lancaster, Richard Widmark, Maximilian Schell, Werner Klemperer, Marlene Dietrich, Judy Garland, and Montgomery Clift.

This one falls more in line with many of William Shatner’s films where he is not the true lead. This horror anthology film is set up by Dangerous Dan, an alcoholic Disc Jockey who has pulled the Christmas shift, played by Shatner. During Dangerous Dan’s broadcast, he keeps receiving notices of a disturbance at the local mall and continues to warn his listeners to give the mall a wide berth. He sets up the four stories that follow, concluding with the final story that involves Santa, who finds out that Mrs. Claus and the elves have all turned into zombies.

It’s all schlocky fun that Shatner keeps moving along at a good pace. So, if you’re looking for a horror Christmas film that offers an alcoholic William Shatner, A Christmas Horror Story is your film.

This movie is a true oddity. William Shatner made this strange horror film right before he’d jump into the James T. Kirk territory and it was thought the movie was lost forever. Incubus was filmed in 1966, in black-and-white, and features the actors using a constructed language called Esperanto. Director Leslie Stevens intended to use the language, which Shatner learned for the film, to give an eerie feeling to the movie.

The story tells of a village that has a well with healing waters. It is also known for evil in the guise of a succubus. One, in particular, is tired of herding those sinners who come to town to their death so she could offer their souls to hell. She wants bigger prey. Enter Shatner, who is a soldier who comes to the village to heal his wounds. He is also as pure as can be. A tug of war between good and evil ensues. If you can get your hands on a copy of this strange film, do it. The restored version, meticulously done frame-by-frame, includes English subtitles.

The title of the film and the fact that Roger Corman produced this 1974 movie is probably all you need to know, but we’ll give you more. Angie Dickenson starred in the title role, a sexploitation crime comedy that followed Dickenson and her two daughters on a crime spree that included William Shatner.

There was a bunch of nudity to go along with a bunch of bullets that featured two sex scenes, one including Dickenson and co-star Tom Skerritt (Alien) and the other with Dickenson and Shatner. Rumor has it that the crew was allowed to remain on set during the filming of Dickenson and Skerritt’s scene but that Shatner asked for all nonessential personnel to leave the set during the filming of his. If you’re up for some nudity, blood, and bullets, this Shatner film is for you.

You just have to love William Shatner’s character name in this science fiction horror flick Kingdom of the Spiders. Rack Hansen. Rack is a veterinarian who gets a call from a farmer, complaining that his prize calf is sick for no apparent reason. The calf dies shortly after being brought to Hansen, though he can’t determine the reason. He takes a blood sample and eventually finds out that the calf died from a massive amount of spider venom. Eventually, Rack and company find the tarantula spider hill that has been built by the spiders because of pesticides that are taking away their territory.

For the movie, over 5,000 real tarantulas were used, along with some rubber ones. By nature, tarantulas are cannibalistic toward each other, so all 5,000 had to be kept in separate containers. If you love spiders, especially tarantulas, and Shatner, then this is a great movie combo.

How can we take a look at William Shatner’s non-Trek films and not mention his manic role as Robert Wilson in the famous Twilight Zone episode, Nightmare at 20,000 Feet? Is he crazy or is he sane? That is the question that needs answering on the Twilight Zone.

Shatner’s character has just been released from a sanitarium and is flying home. Coincidently, Wilson was on a plane getting ready to fly for business when he had his first mental breakdown. They get this plane in the air and Wilson thinks he sees something on the plane’s wing. A gremlin. The crew tries to calm him to no avail. He sees something on the wing. They give him a sedative, but Wilson slyly doesn’t swallow it, eventually grabbing a sleeping policeman’s gun.

We all know the end of the story and if you don’t, find the episode and give it a viewing. You won’t be disappointed. There is no official Giant Freakin Movie Score on this one but you’d probably agree it deserves a solid 8/10.

William Shatner has been around film for some time now. Over seven decades, to be exact. Much of his career, as we all know, revolves around Star Trek. The Canadian actor was born in 1931 and also includes producing, directing, writing, and yes, even singing as part of a long list of credits. Over the years Shatner has embraced his Kirk persona, he has even, at times, poked fun of Kirk and Star Trek. Shatner has never been considered a true leading man as his movie resume clearly shows.

Over the years, Shatner has been part of many famous feuds. His battles with Leonard Nimoy (Spock) are legendary but the ongoing beef with George Takei (Sulu) has taken “feuds” to a different level. It doesn’t seem to be a feud either are willing to let go but further, with every conversation they have about each other. Shatner never ingratiated himself with the cast, most issues arising from Shatner’s massive ego.

There is no doubt that William Shatner’s resume is not the norm. But there are some pieces of work, mentioned above, that are worth watching. 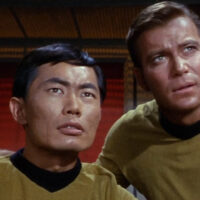 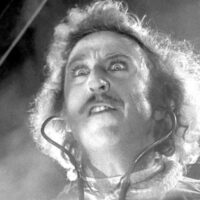