There continues to be fallout for Will Smith following the slap heard around the Hollywood world which went down at the Academy Awards a few weeks ago. Studios have been distancing themselves from the actor in the wake of Smith’s altercation with Chris Rock and there’s now another planned project which will face a delay, or maybe even a disappearance. Bloomberg is reporting (via Comicbook.com) that Disney is going to hit the pause button on the National Geographic series Pole to Pole which was set to star Will Smith in the lead for the docs-series.

Apparently, the original plan for Pole to Pole was to have the docu-series following Will Smith and his adventures traveling literally across the world. The show was first announced back in February, well before any of the hubbub around his latest controversy, and was set to follow Smith and a group of production members and other adventurers as they made the trek from, as it says in the title, the North Pole to the South Pole. The trip was going to be more than 26,000 miles in total. Production was set to span a little more than three months, or about 100 days in total, and was going to begin shortly.

But now the show will wait until the fall (at the earliest) to begin filming. It was set to be the third production that Will Smith had done with Disney as part of their NatGeo hub on the Disney+ streaming service. The previous two, One Strange Rock and Welcome to Earth had aired in recent years. The former had focused on how life on Earth survives, and the latter followed Will Smith as he traveled to exotic locations all over the world.

Of course, this is just another of the many Will Smith projects that are seeing a hiatus or a full canceling in the wake of the slap of Chris Rock at the Academy Awards ceremony a few weeks ago. Netflix had planned the movie Fast & Loose for the actor which was going to have him starring as the leader of a criminal organization who suffers amnesia. But the streamer has backed off that project for now and there’s been no additional word on what was going to happen with Bright 2 which had also been rumored.

Additionally, Bad Boys 4 will now see a delay as well following the decision by Sony to pump the brakes on that much-anticipated follow-up to Bad Boys for Life. That being said, director Michael Bay who had worked with Smith on the original Bad Boys has said that he’d be happy to work with the actor again at some point, one of the few in the industry to offer up such a sentiment since everything first went down.

We will now have to wait until the fall to see if Disney plans on still going forward with Pole to Pole or if they will hit the cancel button altogether. I suspect they are biding their time right now seeing how the wind blows when it comes to Will Smith after a few more months. 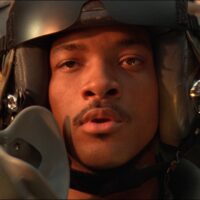 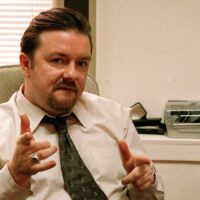