The 2005-6 DC Comics line-wide event “Infinite Crisis” began with the controversial one-shot Countdown to Infinite Crisis #1, which ended with the abrupt and brutal murder of Ted Kord, aka the Blue Beetle. The hero is shot in the head by Maxwell Lord (the same character Pedro Pascal plays in Wonder Woman 1984). According to a new rumor, Warner Bros. Discovery will be holding the gun this time around.

The French outlet Miss Movies (via Small Screen) is reporting that Blue Beetle is about to go the way of Batgirl. On their Facebook page, Miss Movies claims an unnamed source has told them Warner Bros. Discovery is demanding to be screened the film, and that after the screening the decision will be made whether or not it can move forward. To be clear, as of right now this is an unconfirmed rumor and should be taken as such.

On one hand, in the wake of the news that Warner Bros. Discovery was utterly abandoning Batgirl after already spending around $70 million on the film, it’s easy to believe just about any crazy decision you hear coming from them, including cancelling Blue Beetle or any of their other DC superhero flicks. Among other things, Batgirl would have featured Brendan Fraser as the villain Firefly and the return of Michael Keaton in his signature role of Batman. The film sounds like it sells itself.

On the other hand, there are some really good reasons to take this news with a grain of salt. For one, the French-born rumor claims Warner Bros. Discovery is demanding a screening of Blue Beetle, but the notion that there’s anything to screen at this point is kind of nuts. According to Collider, Blue Beetle just wrapped principal photography on Monday, July 18; that’s just a little bit over two weeks ago. They’ve barely had time to even say “post-production” much less get something together for a screening.

There’s also the report from Deadline on Tuesday about what exactly factored into the decision to cancel Batgirl and Scoob!, and none of the things the outlet mentions really apply to Blue Beetle. According to Deadline, in spite of early reports that the cancellation was due to a poorly received test screening, it doesn’t seem like that had anything to do with it. Instead, Warner Bros. Discovery head honcho David Zaslav completely rejects the outgoing Jason Kilar’s strategy of developing original scripted content for HBO Max, which was the initial intention for Batgirl. Zaslav reportedly wants the company’s superhero movies to be event films, and in this way Michael Keaton’s appearance as Batman in Batgirl actually worked against the project — because Zaslav wants Keaton ‘s return saved for The Flash.

While Blue Beetle was, like Batgirl, originally intended for an HBO Max release, that changed last summer. Since it isn’t a film slated specifically for a streaming release, it doesn’t seem quite as likely to be targeted by Zaslav. Of course, there’s the question of whether or not Blue Beetle — a film based on a legacy version of a second-tier superhero — could be the kind of “event” film Zaslav wants from Warner Bros. Discovery’s superhero fare. 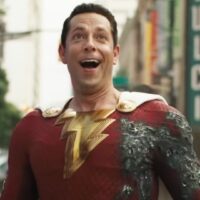 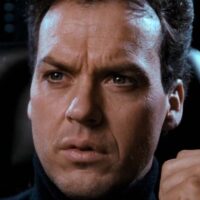