Vince Vaughn is no stranger to playing darker characters. Between his shady turn in the second season of True Detective as Frank Semyon and his infamous take on classic slasher character Norman Bates, he certainly knows how to embody some pretty twisted individuals. Well, the new movie Freaky has him playing yet another evil character, but he will also be swapping bodies with a high school girl. This sounds pretty… freaky!

It certainly looks like Vince Vaughn will be delivering a very ridiculous performance once his serial killer character swaps bodies with the teenage high school girl. Vaughn has shown an aptitude for over-the-top comedy throughout his career in films such as Wedding Crashers, Dodgeball, The Watch, and Anchorman: The Legend of Ron Burgundy. It stands to reason that his wacky riff on this premise will be a selling point for the story.

And it is pretty clear, even by the title, that Freaky is making a reference to Freaky Friday, one of the most classic body swap stories ever. The original Freaky Friday hit theater screens in 1977 and starred Barbara Harris and a young Jodie Foster. Since that first outing with the premise, there have been a total of three other riffs on the same film. There is the lesser-known TV movie from 1995 that starred Shelley Long and Gaby Hoffmann, the much more prominent and well-received 2003 feature film starring Jamie Lee Curtis and Lindsay Lohan, and a musical version that aired on the Disney Channel back in 2018. Now, Vince Vaughn will get to add his name to these takes, albeit in a very different turn on the premise.

It will be interesting to see just how much of the film actually features Vince Vaughn in his original serial killer body. And this trailer does not seem to exactly showcase how the body-swapping mechanics of this version work. Since this is obviously not a sanctioned riff on the Disney-owned Freaky Friday, it is going to be fascinating to see what kind of new magical rules this movie comes up with so that the two lead characters will be able to get back into their respective bodies.

Freaky does not just have Vince Vaughn to fall back on when it comes to the talent involved in this horror/comedy. The film is being produced by Jason Blum and his horror-focused production house Blumhouse. they have become one of the premier producers of horror films over the last few years, with such hits as Get Out and the recent Halloween sequel from 2018. The film is directed and co-written by Christopher Landon, who has writing credits on all but the first Paranormal Activity movie in that series. He also wrote and directed the horror/comedies Happy Death Day and Happy Death Day 2U. Freaky certainly feels like a spiritual successor to those enjoyable films.

It is genuinely fun to see Vince Vaughn show up in a smaller movie like this. Freaky does not look like a vain role for the storied actor. In fact, it looks like an opportunity for him to cut loose in a way that we haven’t seen from him in a while. Plus, he is backed by a co-lead performance from Kathryn Newton, a young star who has been turning heads in movies such as Bad Teacher, Paranormal Activity 4 (for which she received the Young Artist Award for Best Leading Young Actress in a Feature Film), Three Billboards Outside Ebbing, Missouri, and the massive hit blockbuster Pokémon Detective Pikachu. It is going to be awesome to see her in such a twisted and darkly fun lead role in Freaky.

We will have to wait and see if Freaky delivers one of Vince Vaughn’s most enjoyable performances in years. The film is scheduled to release in available movie theaters on November 13, but it will very shortly be available on video-on-demand services three weeks later on December 4. If it is as pleasant and fun as this trailer makes it out to be, it could end up being one of the sleeper surprises of 2020. In the meantime, if you have not seen Vince Vaughn in the film Brawl in Cell Block 99, you should go and do that. 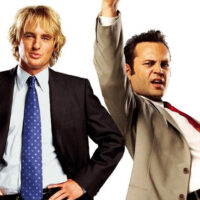 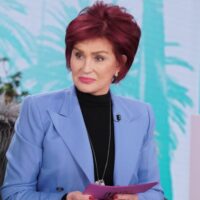 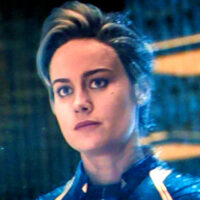