It’s been 17 years since Uma Thurman’s Beatrice, aka The Bride, finished her quest for vengeance in 2004’s Kill Bill: Vol. 2 by killing her former lover Bill, played by the late David Carradine. With Bill and his entire squad of elite assassins dead — except, perhaps, the merciless Elle (Darryl Hannah) whose death is suggested but never confirmed — on the surface there doesn’t seem to be more of a story to tell. Yet rumors persist of an upcoming Kill Bill: Vol 3, with Thurman reprising the role of Beatrice and Maya Hawke playing her daughter B.B. Now, Hawke has finally responded to all the speculation.

In an interview published on Halloween, Maya Hawke — the daughter of Uma Thurman and Ethan Hawke, who divorced in 2005 — talked to The Guardian about the chances of her playing B.B. in Kill Bill: Vol. 3. Her comment is interesting, because she manages to somehow sound she like she both has and has not talked to Tarantino about it. On one hand, she says she’d love to work with the director again — referring to her appearance in 2019’s Once Upon a Time… In Hollywood — if he wants to work with her, which makes it sound like the subject hasn’t come up between them. On the other hand, she says, “Quentin is on his own darn schedule. He’ll do what he wants when he damn well wants,” which sounds a lot like someone waiting to hear something.

It could be a little bit of both. When it comes to the rumors about Kill Bill: Vol. 3, they aren’t pure fan speculation. Tarantino has helped fuel those rumors a couple of times. Back in July on the podcast The Joe Rogan Experience, Tarantino called the idea of a third Kill Bill installment starring Uma Thurman and Maya Hawke “f*cking exciting.” The concept he was toying with, he said, was of Beatrice and B.B. enjoying a couple of decades of peace and then somehow “that peace is shattered.”

As to how that peace could be “shattered,” as Tarantino puts it, the writer/director has no shortage of possibilities. Kill Bill fans will no doubt remember we’re introduced to The Bride when she kills her former colleague Copperhead (Vivica A. Fox) in the latter’s suburban home. Copperhead’s daughter Nikki (Ambrosia Kelley) is witness to the murder, and Uma Thurman’s character promises Nikki that if she wants to get payback when she gets older, The Bride will “be waiting.” Then there’s Elle, who last we saw was eyeless and thrashing around in a trailer with a deadly black mamba on the loose. If she somehow survived that predicament, she’ll no doubt want payback. Heck, there’s even all the members of the Crazy 88s The Bride maimed but let live, and the dopey little kid she spanks with her sword. Not to mention all the contracts Beatrice took and completed before the events of Kill Bill: Vol. 1. Maybe the loved one of a long-dead mark wants payback, and Beatrice has made sure she’s the only one alive to get it from.

As far as whether or not we’ll ever see a Kill Bill: Vol. 3 with Uma Thurman and Maya Hawke, we’ll have to wait and see. At the very least, we know Tarantino hasn’t ruled out the prospect, however. Asked in October if a third Kill Bill chapter might be Tarantino’s final film, the director offered a noncommittal, “Why not?” 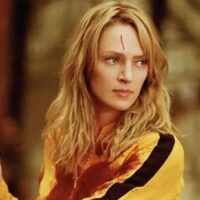 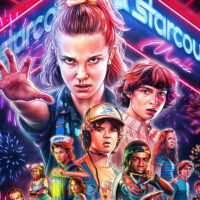