After finally compelling a judge back in June to listen to her legal requests, pop icon Britney Spears just had a major victory in court and it seems like the world couldn’t be happier that she has finally broken free of the clutches of the conservatorship imposed upon her by her father over a decade prior. In honor of the beloved singer, whom so many have been vying for over the past few years, the long-running reality show Dancing With The Stars hosted an entirely Britney Spears’ themed episode. The show’s primary host, Tyra Banks, paid homage to the pop star by donning two iconic outfits similar to ones that Britney has previously worn, including an eye-catching green gown that was accented by a live snake fastened to the frame of the model’s dress.

Tyra Banks sported two Britney-inspired outfits over the duration of the episode. She opened the episode wearing a version of the school-girl outfit Britney wore for the “…Baby One More Time” music video back in 1998. Tyra Banks’ version of the outfit was spot on, matching the grey sweater to a tee and she even wore her hair in the same braided style that Britney had. Take a look at a blast from the past below.

During the second half of the Britney-themed episode, Tyra Banks walked out in a long flowing green gown, characterized by a sheer midsection and a gleaming live snake that clung around her, effectively adorning the frame of the dress. The gown was reminiscent of what Britney wore during, as Washington Dailies noted, her “I’m a Slave 4 U” performance at MTV’s VMAs. The dress was an apt choice given that Spears was recently liberated from the inhibiting shackles of her long-standing conservatorship. Check out the fittingly symbolic garb below.

You can see Britney Spears in the Slave For U outfit from her original VMA performance below.

Tyra Banks adequately demonstrated her support and respect for the iconic pop star during the most recent episode of Dancing With The Stars. However, she wasn’t the only personality on the show who did so. In fact, every contestant and their partner chose to honor Britney Spears by donning outfits that perfectly represented the songs of hers that they were performing to.

Even dancing pro, Cheryl Burke and her partner Cody Rigsby, whom MSN noted could not be physically present for the Britney-centric episode because of positive COVID-19 test results, were intent on following in Tyra Banks’ stead and pay well-deserved homage to the accomplished singer. Tyra Banks introduced Burke and Rigsby through a live video feed, through which the pair performed their routine to Britney’s 2007 song “Gimme More” at their separate respective locations. Burke expressed after the performance that she was glad that given the circumstances that the show was able to adapt to still include her in the honorary episode.

Overall, Tyra Banks and the rest of the cast on Dancing With The Stars, did a nice job perfectly honoring a singer who not only has contributed an impressive amount of admirable content to pop culture but who has also endured so many personal hardships over the entire duration of her career. 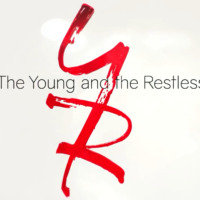