Tom Hanks is in negotiations to play the villain of The Flash 2, and we speculate as the Reverse Flash.

Tom Hanks is currently in negotiations to play the villain in the already-in-development Flash 2, which would make it the acclaimed actor’s first foray into superhero movies. According to our trusted and proven sources, the two-time Academy Award winner is being wooed to join the DC Universe of films, but interestingly, as one of the bad guys, which is not what he is generally known for. Although things are pretty chaotic when it comes to the Flash in cinema right now, we are going to speculate that Tom Hanks is going to play some version of Zoom, the Reverse Flash, for The Flash 2.

The Flash film starring Ezra Miller is one of the most eagerly-anticipated, potentially game-changing superhero movies in the world, but there is also very little known about its actual plot. That makes it slightly difficult to know who Tom Hanks could play in The Flash 2, given that we do not know who is really the villain of The Flash 1 (except, arguably, Ezra Miller’s personal life). However, it is pretty difficult to imagine that Warner Bros. Discovery would try to bring in a heavy-hitter like Tom Hanks except to play one of Barry Allen’s greatest enemies.

As with many comic book characters, the backstory of the Reverse Flash is complicated, weird, and sometimes contradictory. There have been a number of individuals who have used the name since “Professor Zoom the Reverse-Flash” was introduced in The Flash #139 in 1963, but there has been a consistent theme of the character once being close to the superhero and then becoming his greatest enemy. Speculatively, an older actor like Tom Hanks could even be something of a mentor or teacher (Professor, perhaps) to Ezra Miller’s Barry Allen, then turned against the hero in The Flash 2.

There are very few dramatic arcs as dependable as “mentor turned rival,” and Tom Hanks does have the kind of trustworthy, warm on-screen persona built over decades of acclaimed roles that could make that work especially well for The Flash 2. Tom Hanks might actually be the single most beloved living actor, which would make pitting him against a former protege that much more poignant. Plus, it seems that Tom Hanks has been increasingly interested in playing against type in recent years, which makes a villainous turn in The Flash 2 that much more likely.

At this point, it goes without saying that The Flash has had a very troubled development and production. The movie was initially tentatively proposed to be released in 2016, then immediately after Justice League in 2017, then delayed over and over again. It is currently scheduled for release on June 23, 2023, and reportedly is nearly complete, so we might actually see it in theaters next year.

As we recently reported, The Flash 2 is definitely in development and already has a completed screenplay. Warner Bros. Discovery has been adamant in its dedication to releasing the film in theaters, and it looks like the company is just as committed to the sequel. If bringing in a star like Tom Hanks helps get The Flash 2 in theaters a little bit more quickly than The Flash 1, we are all for it. 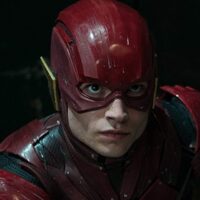