The Simpsons Movie 2 could be in the works as we speak with the series showrunner discussing the plans for another film in the franchise. And it might just land directly on Disney+

By Doug Norrie | Published 1 year ago

While the show has been on for what seems like forever now, we’ve only been treated to one feature-length The Simpsons movie up until this point. It seems almost inconceivable considering the success of that film that we haven’t gotten a The Simpsons Movie 2 at any point. But it sure looks like one could be in the works now. In a recent interview, series showrunner Al Jean more than hinted that there were ongoing talks to bring another The Simpsons movie in the future. And this one might skip theaters altogether.

The interview was with NME (via MovieWeb) and in it, Jean discussed what was possibly happening with The Simpsons Movie 2. It appears that prior to the Covid-19 pandemic, talks had really ramped up with the creative team considering their options when it came to a sequel. The pandemic pumped the breaks some on that plan though. But Jean was able to get a bit specific on some of the thought processes around bringing a new movie to the masses and what it would mean to begin working on one in earnest. As part of that discussion, there was also the question about theaters or streaming.

Jean said, “We’re [The Simpsons] still on the air as a TV show and that takes up a lot of time. I worked on the [first] movie simultaneous to the show, and it nearly killed the animators. But we have an idea [for The Simpsons Movie 2], it’s just that we’re waiting to see what the environment is. Do we want to do it as a streamer? In theaters? Animation has been the slowest to come back to theaters…We’re in a wait-and-see mode. But there’s definitely the germ of something there.” In this way, The Simpsons Movie 2 is getting a lot of discussion.

While nothing is committal on this front about The Simpsons Movie 2, it’s clear that Jean and company have been working to flesh out what a sequel would entail. Of course, with the series still running, having just recently debuted its 33rd season, it would be difficult to run another production around the characters in parallel. Jean says that when they did the first movie it was particularly hellish on the animators. That would likely be the case again if they were to start a sequel. This is the longest-running primetime television show in history. They’ve never taken a break, making The Simpsons Movie 2 a tough one.

And then there is the question about where The Simpsons Movie 2 could land, in theaters or on a streamer. In the case of Homer, Marge, Bart, Lisa, Maggie, and company, that would be on Disney+ with the Mouse House owning the rights to our favorite Springfield-ians. There is always a math calculation at hand about these kinds of movies, whether a movie should land in theaters or be exclusives on streaming services. With box office numbers beginning to pick back up, a property like The Simpsons sure feels like it should hit the big screen, but that might not always be the case.

Considering the success of the first movie though, The Simpsons Movie 2 sure could drive a lot of folks into theaters seats. The Simpsons Movie which came out all the way back in the summer of 2007 was a hit with critics, sitting at 87% on Rotten Tomatoes. And it was even better in terms of ticket sales. On its $75 million budget, the flick scored more than $536 million at the box office. Considering this kind of financial windfall, again it’s almost stunning that we never saw a follow-up.

But as Jean says, there are other considerations with The Simpsons Movie 2 that other franchises don’t have. Namely, with the show currently on the air, dividing time for the series and the movie might just be too much. That being said, it sure seems like they are getting close on this idea with more specifics around the sequel in discussion. We might hear sooner than later that The Simpsons Movie 2 is on its way. 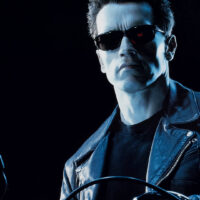 A Terminator Star Has Died