How do you make a spinoff to a show like Amazon’s The Boys? Well, obviously you do it with humor, super powers, and an overflowing surplus of bloodletting. That’s what we get in the first teaser for the upcoming series The Boys: Diabolical, courtesy of an infant shooting laser beams out of her eyes.

Amazon released the first teaser for The Boys: Diabolical on Tuesday and while it’s short, ho boy, does it say a lot. The footage for the upcoming animated series doesn’t quite reach 20 seconds in length. We see scared citizens running away and hear their frightened screams. The scene they’re running from is of a squad of police officers confronting nothing more intimidating than an infant girl. The little girl sneezes and, well, we’ll let you see what happens in the teaser below.

As you can see, things don’t work out very well for the police facing the baby supe. In spite of looking and sounding like an innocent cartoon aimed at kids, The Boys: Diabolical will be strictly for adults. That’s often the case for the creations of the animation production company Titmouse who, as Polygon reports, is behind such animated successes from recent years as Star Trek: Lower Decks, Amazon’s The Legend of Vox Machina, and Netflix’s Chicago Party Aunt.

According to the teaser, The Boys: Diabolical will begin streaming on Amazon Prime Video on Friday, March 4. The spinoff was previously reported to be eight episodes long, and Deadline and others say each episode will be between 12 and 14 minutes long. It isn’t clear whether or not The Boys: Diabolical will follow the usual release format of original Prime offerings — i.e. with the first three episodes available to stream on the same day, followed by one episode released every week.

The Boys: Diabolical will reportedly be an anthology series, with each episode telling an “unseen” story from the world of The Boys and — somewhat reminiscent of 2003’s The Animatrix and Disney+’s Star Wars: Visions — each story using a different animation style. Deadline lists a lot of interesting names attached to the series, though it isn’t clear if they’re talking about voice talent, writing, or both. The names include Awkwafina, Seth Rogen, Andy Samberg, Aisha Tyler, Evan Goldberg, Simon Racioppa, Justin Roiland, Ben Bayouth, Eliot Glazer, Ilana Glazer, and Garth Ennis. Ennis is the writer who co-created the original The Boys comic book, alongside artist Darick Robertson.

Whenever The Boys: Diabolical ends its season 1 run, fans won’t have to wait too long for season 3 of the live-action series The Boys. Earlier this month, Amazon released a teaser for the upcoming season, along with the reveal of the premiere date of Friday, June 3. You can watch the teaser below.

Among other things, season 3 of The Boys will bring with it the long-awaited introduction of Supernatural‘s Jensen Ackles as the Captain-America-inspired supe Soldier Boy. Showrunner Eric Kripke has promised to dig into the history of Soldier Boy’s team Payback, who Kripke calls, “The Seven before The Seven.” He also says the disgraced aquatic hero The Deep may finally gain some ground in his quest to rejoin The Seven by dumping The Church of the Collective and finding a better path to redemption. 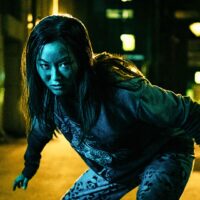