A Terrible Mark Wahlberg Movie Is Crushing On Streaming

Mark Wahlberg may be making waves in cinemas right now for his role in the adventure video game adaptation Uncharted, but he’s also making positive strides in the streaming world. Currently, Wahlberg has a film that sits at number two in the HBO Max charts. Is it a classic such as The Departed? Is it his hilarious comedy The Other Guys? No to both. The film currently making waves for Wahlberg in the streaming world is Joe Bell.

Joe Bell is an intriguing case as it could be considered as one of Mark Wahlberg’s worst movies in the eyes of critics and according to We Got This Covered, it was a box-office flop. However, it has indeed resonated well with audiences, despite critical and box office negativity. The division between critics and audiences can clearly be seen via the stats on Rotten Tomatoes. The movie rating site that has become a common source of film opinion gives the movie a critical consensus score of 40%, but an audience rating of 73%. There have also been more than double the amount of audience ratings than critical reviews, perhaps the audiences have got this one right? At the end of the day, audience satisfaction is surely the end goal for all films, not critical acclaim, and awards, right? Perhaps that is a debate that will never end.

Another intriguing facet of Joe Bell is the film’s director. Reinaldo Marcus Green is the director in question, and he followed up Joe Bell with King Richard. Both films are biopics, both of them didn’t have a great box-office return, one of them has been nominated for multiple Oscars. Clue, it wasn’t Joe Bell. King Richard, starring Will Smith in the biopic of the tennis coach and father of Venus and Serena Williams is making a serious award run, nominated for six Academy Awards. Why did Mark Wahlberg and Joe Bell not achieve this success?

Joe Bell is a biopic that centres on an Oregonian father who treks across America, preaching to citizens the brutal effects of bullying as a tribute to his gay son. The film was written by Oscar-Winning duo Diana Ossana & Larry McMurtry. This sounds like a perfect recipe for critical acclaim and awards success. A strong subject matter in LGBTQ+ issues and bullying, an Academy-Award nominee Mark Wahlberg in the lead role, Academy-Award Winning screenwriters, and a highly regarded director. The end result according to critical consensus on Rotten Tomatoes explains why the film fell short of the mark; “Joe Bell‘s heartfelt message — and Reid Miller’s stirring breakout performance — are unfortunately undermined by formulaic storytelling.” This sentiment is echoed by Rex Reed of The Observer, who had this to say: “A flawed but noble failure about the tragic effects of bullying on gay teenagers that, for many reasons, sadly delivers much less than it promises.”

A strong subject matter failed by the way it was executed. However, Mark Wahlberg’s performance is a highlight of the film. This is definitely the case in the eyes of Mark Feeney of The Boston Globe who said; “Wahlberg, who’s one of the producers, presumably saw the film as a departure. He’s required to do more emoting here than in maybe all his previous movies combined. He’s up to the challenge.” It’s worth noting that Mark Wahlberg is a Boston Native, but nonetheless, his performance in the movie is heralded. Bankable stars are key when it comes to streaming and HBO Max is reaping the rewards of this with Joe Bell and Wahlberg’s strong performance. No matter how formulaic the film may be, its subject matter and lead star have definitely done the trick for home cinema audiences.

For Mark Wahlberg, Joe Bell’s streaming success is just another indication of his enduring longevity in the acting arena. Formerly known as rapper Marky Mark, Wahlberg has established a stellar career thus far. He has become an Academy-Award Nominee for his role in Martin Scorsese’s The Departed and has taken on massive Hollywood franchises like Transformers. Not only this, but the actor has carved out a successful career in comedy, such as Daddy’s Home and The Other Guys. His most recent role of course is in Uncharted.  The film is based on the video-game franchise of the same name and sees Wahlberg star as adventurer Victor Sullivan, alongside lead star Tom Holland in the role of the film’s hero Nathan Drake. Sony Pictures are hoping that Uncharted is just the beginning of what the studio hopes will become a major franchise. If Sony succeeds in their aim, Mark Wahlberg will be well up to the task of joining them for the ride. 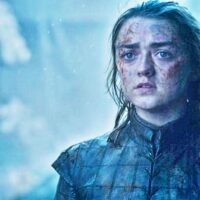