It’s been a minute since Terminator: Dark Fate attempted to revitalize the franchise. Unfortunately, the film’s poor performance didn’t do it any favors. Although critics considered the movie to be an improvement on previous installments, views were polarized by the story’s narrative decisions and perceived feminist themes. It didn’t do well with fans either, earning a mere $261 million against a production budget of $185-196 million, and plans for future films were canceled.

But it seems like the Terminator franchise isn’t dead yet. Producer on the first three movies, Gale Anne Hurd says the franchise still has a “potential future.” When asked if we had seen the last Terminator film in an interview with Variety, Hurd said “Honestly, I have no idea. I wasn’t involved in the last one.”

While that doesn’t sound too promising at first, she explained that due to the awareness of the franchise, there could be more movies in the future. “I used to have a scuba diving practice in Micronesia, and we found that they even screened The Terminator, albeit a bootleg video version, of one of the most remote islands in the world,” she said. “The awareness is already built-in, and I do think it’s a perennial with the right story with the right cast and the right direction. I think there could still be a potential future there.”

Gale Anne Hurd is no stranger to the entertainment industry. She is the founder of Valhalla Entertainment (formerly known as Pacific Western Productions), was married to director James Cameron, and produced several of his early projects, like Aliens and The Abyss. More recently, she has served as producer on popular television series The Walking Dead and the spin-off Fear the Walking Dead. Hurd also received this year’s Lifetime Achievement Award at the Swiss Locarno Film Festival.

Created by James Cameron, the first Terminator movie told the story of a cyborg assassin who is sent back in time from 2029 to 1984 to kill Sarah Connor, whose son will one day become a savior against machines in a post-apocalyptic future.

The Terminator held the number one spot at the United States box office for two weeks, launching Cameron’s film career and solidify Arnold Schwarzenegger’s status as a leading man. The movie’s success also led to a franchise consisting of several sequels, a television series, comic books, novels, and video games.

And in 2008, The Terminator was selected by the Library of Congress for preservation in the National Film Registry as “culturally, historically, or aesthetically significant”, thereby cementing its place in cinematic history.

Since its debut in 1984, the Terminator movies have become synonymous with Arnold Schwarzenegger. Although the title of “Terminator” is used by various cybernetic androids throughout the franchise, Schwarzenegger’s leather-clad, sunglasses-wearing T-800 comes to mind first. It may have been his screen presence, his accent, or just his overall performance that won over the hearts and minds of fans across the world. Whatever the reason, it’s pretty hard to imagine anyone else in that particular role.

However, over the years other actors have taken on the role of different cybernetic androids in the Terminator franchise. We’ve seen Robert Patrick’s T-1000 in Terminator 2: Judgment Day, as well as Kristanna Loken, Sam Worthington, Jason Clarke, and Gabriel Luna embody various incarnations across the film’s expansive mythology. 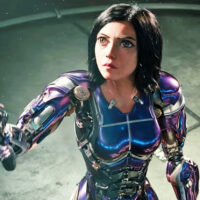 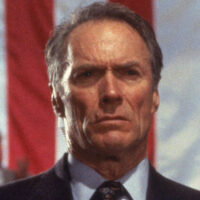