Sylvester Stallone and Taylor Sheridan have added a The Sopranos star to the cast of their new series, Tulsa King

Sylvester Stallone is about to team up with Taylor Sheridan for a new series that could be one of the cooler shows we get over the next couple of years. It’s going to be a mafia-related show and considering the major names already involved, there’s reason to suspect that this one brings a pretty big fanbase right from the jump. And it looks like they are adding another name from one of the greatest mafia (and just regular) shows of all time. According to Deadline, Annabella Sciorra has joined the Tulsa King cast and will be joining the ranks in what could be a prominent part. Compared to her character on The Sopranos, we could get a somewhat different on-screen personality from the actress this time around.

This latest casting news has it that Annabella Sciorra will play the sister to Sylvester Stallone’s character in Tulsa King. The show has the two teaming up again after they starred in Cop Land together back in 1997. In Tulsa King, Sylvester Stallone plays a higher-ranking member of the mafia who is released from prison after a long stretch in the clink. When he gets back on the streets he finds out that he’s being sent away from New York City and will be heading up mafia operations in Tulsa, Oklahoma. For a wise guy, this is seen as a considerable step-down. And from the looks of things, Stallone’s character has reason to be concerned he’s being sent away to never come back.

Tulsa King will center on Sylvester Stallone’s Dwight Manfredi as he starts from criminal scratch in Oklahoma and begins to build up a new crew, this one decidedly different than the looks of the standard New York City mafia scene. Sciorra’s Joanne, as his sister, will live in Brooklyn though she and Stallone both, at least in terms of demeanor are there to likely juxtapose the look and feel of the Southern Midwest that we’ll see in Tulsa.

Though she has worked with Sylvester Stallone before, Sciorra is best known for her role as Gloria Trillo on The Sopranos. She was introduced in Season 3 as a patient of Dr. Melfi and a local luxury car sales associate. Trillo and James Gandolfini’s Tony Soprano eventually have an affair though, like most things with characters in that series, things end tragically. Sciorra was fantastic in the role of the kind, but unhinged Trillo who simultaneously loves and hates Tony.

In Tulsa King, we could be getting a new introduction to a larger world, something Taylor Sheridan has been adept at pulling off on both the big and small screen. Of course, his series Yellowstone has been a massive hit for Paramount, putting Kevin Costner very much back in the limelight as John Dutton, an almost mafioso-like presence in the cattle country scene of the West. Could Tulsa King have a similar play for Sylvester Stallone here? Sheridan has proven one of the very best in the industry right now at telling stories. And this looks like it’s going to be a good one, with a cast to boot. 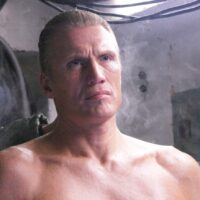 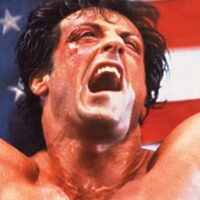 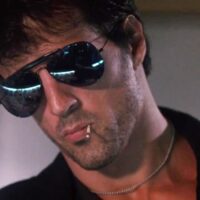