It has been five years since the traumatizing death of Glenn Rhee on The Walking Dead and fans are still not over it. Steven Yeun portrayed one of the most cherished characters on the series and was brutally killed in season 7 (via ComicBook.com). Though fans will always miss him, Yeun is doing well for himself. Since leaving the series he has had a number of acclaimed appearances. But now he will be getting his own television series for Netflix.

Entitled Beef, the series is a dramedy that depicts the after-effects of a road rage incident. Appearing alongside Steven Yeun is comedian Ali Wong. Wong has had experience off of the stand-up stage in roles in Birds of Prey as well as the Netflix romantic comedy, Always Be My Maybe. While the show is a fictionalized account of feelings of road rage, writer and executive producer for Beef, Lee Sung Jin came up with the idea after a real incident. “Ali Wong, Steven Yeun, A24 and Netflix. It’s a dream team, and I’m honored to be collaborating with them,” said Jin. “I’m also grateful to the guy who yelled at me in traffic three years ago. I did not let it go, and now we have a show” (via Discussing Film).

Also joining Steven Yeun is previous collaborator Lee Isaac Chung. Chung is most notable for directing Oscar-nominated film Minari, which Yeun starred in. Minari told the story of a Korean-American family that moves to a farm in Arkansas, looking for the American Dream. For his part, Yeun was the first Asian-American to be nominated for best actor in a leading role (via Variety). The accolades associated with Beef and its creative team seem to make for a good recipe.

Steven Yeun returning to television is a step that even the actor acknowledges. In an article for Entertainment Weekly, Yeun revealed why he hadn’t taken many roles after The Walking Dead. Clearly being on a show for seven seasons was a big commitment. At the time of his departure from the role of Glenn, he was going through some life changes. It was right to step back. But when lead roles came up, he felt that it was too close to home. “They were asking me to lead a television show, but for some reason, when I would read the synopsis, it still felt adjacent to Glenn,” the actor stated. He didn’t want to rehash roles he had already taken.

True to his word, Yeun did his best to stay as far away from Glenn as he could. In the 2017 horror film Mayhem, Steven Yeun plays an executive Derek who gets infected with a rage virus (via Los Angeles Times). The entire film consists of Derek fighting violent tendencies while trying to survive. Though Yeun wanted distance from The Walking Dead, he wasn’t opposed to another Robert Kirkman project. Kirkman was the graphic novelist responsible for The Walking Dead and currently writes Amazon Prime’s animated series Invincible (via The Washington Post).

In Invincible, Steven Yeun plays the son of a superhero, Mark Grayson, who is waiting for his powers to kick in. But similar to Amazon’s The Boys, superheroes are not the height of morality. Mark discovers that while his father has superpowers, his intentions are for world domination. Voicing his parents on the show are J.K. Simmons and Sandra Oh. Yeun can also be seen in a star-studded film The Humans which came out this year (per Indie Wire). Yeun has no issues with accepting lead roles now and fans can watch his new project when Beef airs on Netflix. 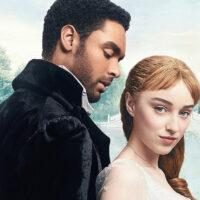 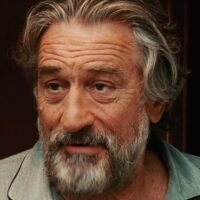