When The Boys Season 3 finally hits Amazon Prime we will be treated to one of the better shows out there, a script-flipping of the superhero genre that’s a commentary on both comic book movies and also society in general. It’s fantastic, though not for the faint of heart. This thing is as R-rated as it gets. This season we are going to be introduced to some more new characters in this world, expanding out the superhero ranks with folks seemingly coming in on both sides of the good and evil aisles. And thanks to some creative programming within the world of The Boys, we have our first look at Nick Weschler as Blue Hawk.

These first looks at The Boys Season 3 are thanks to a show called Vought News Network: Seven on 7 with Cameron Coleman. It’s a spoof news show set within the world of the boys and programmed by the evil parent company in the series, Vought Industries. It’s meant to be over the top and ever bit the corporate pandering you would expect to see out of this company that’s got superhero propaganda down pat. It isn’t clear exactly how Blue Hawk will factor into this season though we might know something about his powers at least. Check out the look:

According to Screenrant, it’s likely that in The Boys Season 3, Blue Hawk will be based on the character Ground Hawk from the original comic book series. That character wore a blue helmet on the printed pages and is a spoof on the Wolverine character from Marvel. Because The Boys both as a comic book and as a series uses its more famous comic book counterparts to create characters, it makes sense that we would get some X-Men clones. If this is the case then we could see Blue Hawk’s hammerheads which pop out of his fists a la Wolverine’s claws.

Blue Hawk won’t be the only new character coming in The Boys Season 3. One of the biggest additions to the show is Jensen Ackles as Soldier Boy. He will play one of the original heroes in this universe and by all accounts is one of the worst of the bunch. Considering how this show has handled some of the heinous behavior of those with power, this is really saying something. There will also be Laurie Holden as Crimson Countess. And Sean Patrick Flanery is joining as Gunpowder.

The Boys Season 3 will continue the story of a world in which superheroes are very much real, but unlike some romanticized versions coming from the comic books, are actually egotistical celebrities who are into nothing much more than fame and power. “Led” by the vile Superman-like character Homelander who is one of the worst dudes imaginable, the group is housed under Vought Industries where there is a clear hierarchy of those with power. It’s a struggle inside a struggle. And the show is excellent.

With more and more news coming about The Boys Season 3, it isn’t likely to be long until we have it hit Amazon Prime. There is no firm release date at this point, but filming has wrapped and the promotional material is only heating up. Plus, there’s a planned spinoff in the works as well that will take us to a college campus in this world. That will be called G-Men. 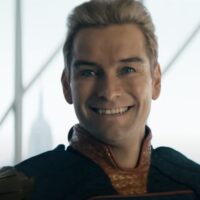 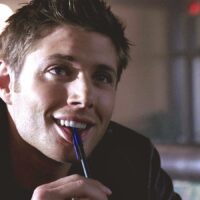 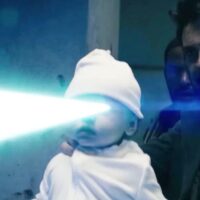