An Iconic Seth Rogen Movie Is About To Leave Netflix, Watch It While You Can

On January 1, Netflix added the Jonah Hill and Michael Cera-starring comedy Superbad to their streaming service. The film was the first produced film written by Seth Rogen and Evan Goldberg. But Netflix giveth and it taketh away, as the second film from Rogen and Goldberg, 2008’s Pineapple Express, will be leaving Netflix on February 1st.

In Pineapple Express, Dale Denton (Seth Rogen), a process server, goes to his drug dealer, Saul Silver (James Franco) to buy some weed. As the two go to the house of Saul’s next customer, Ted Jones (Gary Cole), they see Ted and police officer Carol Brazier (Rosie Perez) kill a man. Dale and Saul get caught witnessing the murder and run, leaving behind a blunt containing a rare strand of weed known as Pineapple Express. Ted sends out two of his henchmen Matheson (Craig Robinson) and Budlofsky (Kevin Corrigan) to find Red (Danny McBride), another drug dealer who knows about Saul.

Pineapple Express is a strange blend of action and stoner comedy, a winning combination that earned the film a cult following. Seth Rogen’s Pineapple Express was a surprise success, earning over $101 million worldwide, against a $27 million budget. The film also earned James Franco a Golden Globe nomination for Best Performance by an Actor in a Motion Picture – Comedy or Musical.

But after roles in Knocked Up, The 40-Year-Old Virgin, and Superbad, Pineapple Express cemented Seth Rogen as a comedy superstar. Not only that, but Pineapple Express proved that Rogen and Evan Goldberg were a promising comedy team. The duo would go on to write and direct two films, This Is the End and 2014’s The Interview, and have also written 2015’s The Night Before, and 2016’s Sausage Party and Neighbors 2: Sorority Rising.

In addition to altering the careers of Seth Rogen and Evan Goldberg, Pineapple Express also shifted the career of director David Gordon Green. Previously, Green has directed critically-acclaimed independent films, like 2000’s George Washington, 2003’s All the Real Girls, and 2007’s Snow Angels. But after Pineapple Express, Green would make a surprising change to comedy. Green would make Your Highness, The Sitter, and Prince Avalanche, as well as direct such Danny McBride shows as Eastbound & Down, Vice Principals, and The Righteous Gemstones. Green and McBride together made another strange shift, helping create the new trilogy of Halloween films.

Even though Pineapple Express might not be as popular as other Judd Apatow-produced comedies of the time, like Knocked Up and The 40-Year-Old Virgin, Pineapple Express helped alter the careers of people like Seth Rogen, Evan Goldberg, Danny McBride and David Gordon Green. With just a few weeks left on Netflix, it’s a perfect time to revisit this 2008 stoner comedy classic. 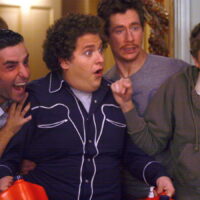 Superbad 2: Seth Rogen Reveals Whether It Will Happen 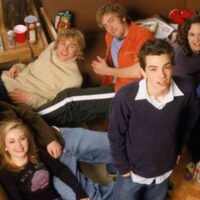 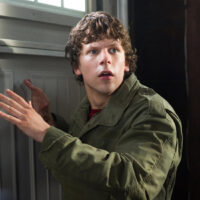 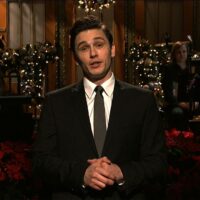