Since his character didn’t reach full “bloom” so to speak until 2014’s Captain America: The Winter Soldier, it can be easy to forget that Sebastian Stan has been a part of the Marvel Cinematic Universe longer than most — first appearing in Phase 1’s Captain America: The First Avenger. In spite of his veteran MCU status, Stan is apparently having trouble getting respect from one of his co-stars. The actor has revealed that Chris Evans’ successor as Captain America, Anthony Mackie, hasn’t responded to one his texts in months.

Sebastian Stan was talking to Comic Book (via Cinema Blend) when the subject of Mackie’s neglect came up. “Anthony hasn’t sent me a text since November 2021,” Stan told Comic Book. “We’re taking a break. I sent him a picture of my Christmas tree and got nothing in return.”

Captain America is ghosting the Winter Soldier? And just when they seemed to have found some common ground in The Falcon and the Winter Soldier? What was it? Did Sebastian Stan get too clingy? Now that he’s Captain America, is Mackie embarrassed to be seen around a former villain? If Stan were able to catch up with Mackie, would the latter say, “It’s not you, it’s me?”

Of course, all joking aside, Sebastian Stan and Anthony Mackie are both pretty busy guys, so the break in communication could be for any number of reasons. Along with the recently aired mini-series Pam & Tommy, Stan starred in the comedy thriller Fresh this year. Soon he’ll be working with Julianne Moore, John Lithgow and more for the con artist flick Sharper, and then the epic immigrant drama The Brutalist is waiting for him.

Meanwhile, Anthony Mackie’s upcoming schedule makes the one Sebastian Stan is facing seem pretty relaxing in comparison. Peacock recently gave a series order for the Mackie-led live-action tv series adapting the Twisted Metal games, and last we heard he was filming the period action epic Desert Warrior. Soon, he’ll be starring as a young Johnnie Cochran — OJ Simpson’s infamous defense attorney — alongside Jamie Foxx and Elizabeth Banks in Signal Hill. After that comes Panopticon in which Mackie will play a prison guard who teams up with Shailene Woodley (Big Little Lies), a Wall Street trader, to take down a corrupt private prison group.

Along with not getting any texts from the new Captain America for a while, Sebastian Stan told Comic Book he still isn’t 100% on whether or not he’ll be in Captain America 4. That may be surprising or even disturbing to Marvel fans, but according to Stan it’s pretty much standard operating procedure. He said not only does he not know but, “I haven’t known that for ten plus years.”

However, while he may not have confirmation that he’ll be in Captain America 4, Sebastian Stan does seem to know enough about it to suggest he’s being kept in the loop. Earlier this month, Stan told Screen Rant (via Pinkvilla) that he’s excited about the fourth Cap movie. He said that Mackie will add “a whole different” feel to the movies, and even compared it to the classic sports drama Rocky. 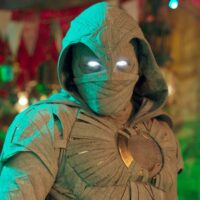 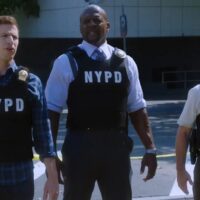